Tunisian film Streams, by Mehdi Hmili, will land its world premiere at the Locarno Film Festival, Switzerland (4-14 August) where it will compete for six awards within the Filmmakers of the Present (Concorso Cineasti del presente) competition.

The Filmmakers of the Present (Concorso Cineasti del presente) competition is one of the festival’s most remarkable competitions that is dedicated to emerging directors from all over the world and showcases their first and second films. It presents 15 world premieres of feature films and documentaries that compete for the following awards: Golden Leopard for Best Film, Special Jury prize, Best Emerging Director, Swatch First Feature Award, Leopard for the Best Actor and Leopard for the Best Actress.

Founded in 1946, the Locarno Festival has occupied a unique position in the landscape of the major film festivals. Every August, the town of Locarno, located in the heart of Europe, becomes the world capital of auteur cinema for the course of eleven days.

Amel is released from prison after an adulterous affair. In the lower depths of Tunis, She is seeking her missing son Moumen. During her journey, Amel faces a Tunisian society in full collapse.

Streams is a joint-production between Yol Film House (Tunisia), Tarantula (Luxembourg), MPM Film (France), Clandestino Production (Tunisia) and Allam Film (USA). It was developed in the prestigious Canadian workshop (Grand Nord) and received the screenplay Prize of the Institut Français and the CineGouna post-production prize and grants from The Tunisian National Center of Cinema, The Film Fund Luxembourg and The French National Center of Cinema.

Mehdi Hmili is a Tunisian writer and filmmaker. He studied cinema in Tunisia before graduating from the Paris Film School. While in France, he directed his short trilogy about love and exile: “X-Moment” (2009), “Li-La” (2011) and “The Night of Badr” (2012). His first feature-length film, “Thala Mon Amour” (2016), was selected in worldwide film festivals like Torino Film Festival, Carthage Film Festival and won several prizes. His last production “Fouledh” was selected in La Fabrique Cinema at the 72nd Cannes Film Festival. 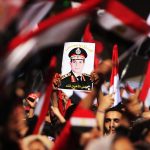 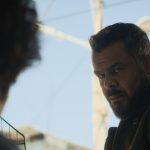