Following the close of the PMGC League Finals, the top 16 PUBG MOBILE teams in the world are now set to face off in the PUBG MOBILE Global Championship (PMGC) 2021 Grand Finals – including leading MENA esports team, Nigma Galaxy.

The PMGC League 2021 began on November 30th, seeing 40 teams from around the world battle for a chance to secure their spot in the PMGC 2021 Grand Finals. 15 teams emerged victorious from the PMGC League Finals – 9 from PMGC League East and 6 from PMGC League West, who will be joined by the winner of the Battlegrounds Mobile India Series 2021 (concluding on January 16th).

With a total of  376 points, Nigma Galaxy ranked 5th place in the PMGC League East Finals, entertaining viewers of the fierce competition with their teamwork and tactical gameplay. Nigma Galaxy’s spot in the upcoming stage marks their first entry into the PMGC Grand Finals. Representing MENA, Nigma Galaxy will compete against 15 other teams for the title of world champions.

As the crown jewel of the PUBG MOBILE Esports program, the PMGC Grand Finals will witness the 16 leading teams will compete for a prize pool of more than $3,000,000 USD – the largest prize pool for a single event in PUBG MOBILE esports history.

The PMGC is the world’s biggest mobile esports tournament, offering a total prize pool of $6,000,000 USD, with teams representing more than 30 countries.

PUBG MOBILE is proud to partner with YouTube for PMGC, and the entire event is broadcast exclusively on the platform via the PUBG MOBILE Esports official channel, and 18 other local channels. OnePlus, a leading global technology brand known for its high-performance Android smartphones, is the Official Smartphone partner of PMGC 2021.

The PMGC Grand Final 2021 will air from January 21st to 23rd on the PUBG MOBILE Esports official channel. 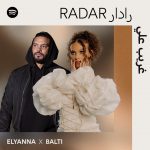 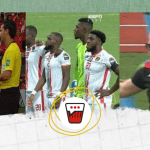