Just when you thought you won’t be surprised by what’s happening around anymore, we find this. An Israeli music festival will be held in the once-occupied Nuweiba, Sinai, Egypt. The festival is held by an events management company called “We Ground” and will take place from the 20th till the 23rd of April, just days before Sinai liberation day.

The lineup includes a little over 25 Israeli DJs – none known to anyone in Egypt or probably outside of Israel – and is already fully booked.

If you think all of this is by itself blood boiling, wait till you hear this.

Egypt has not been mentioned in the descriptions and captions on the event’s website and social media, except a very few times. And of course, these times they were very convenient.

The festival is said to occur in the “Sinai Peninsula,” with absolutely no mention of Egypt.

HOWEVER, on their website, when you check the venue’s description, it says:

Nuweiba Club Village and Syn beach Resorts were built during 1960 as an Egyptian Navy base.

During the 1960’s it transformed its shape and developed into a vacation village for Israelis.

In 1979, after the peace agreements between Egypt & Israel  were signed , the area returned to Egyptian hands and management.

During the past 40 years, the resort has renewed and developed dramatically, transforming into the most updated & beautiful vacation destinations in the area, while preserving its architectural heritage and history.

To make things worse, we translated the announcing post, and we found this very interesting part:

The festival we’ve been dreaming about at night for two months now – is not a luxury, or a privilege – but a real statement – we are here, and we are not going anywhere or giving up anything.

Translation was via Google translate, and may have slight inaccuracies.

Now the only other time we found Egypt mentioned, it was in this part of the announcement post as well:

Important reminder – the festival is approved by all licensing bodies in Egypt, and will even be reinforced by a private security company accompanied by Israeli security managers who will cross the border with us.

Who and why was this festival approved? We’re unsure. Yes, we understand there’s a peace treaty, but to host it during the Sinai liberation day?

With it being promoted as a purely Israeli festival, with not a single Arabic or English caption, meaning it’s not particularly open for Egyptians, and it’s not here to promote tourism or any of that. It’s here to affirm that Sinai is an Israeli land that just happened to be “managed” by Egyptians. 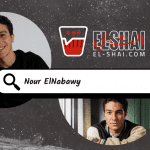