Update (7 June): Victor Sorrentino returned to Brazil on Sunday, June 6, after being released by the Egyptian authorities, according to a statement issued by his legal counsel.

More information on the case about the Brazilian doctor Victor Sorrentino, as well as updates, can be found here

Update 1 June, 2021: The Egyptian Public Prosecution said in a statement that Victor Sorrentino will remain detained for 4 days pending investigation.

Update 30 May, 2021: The Egyptian Ministry of Interior announced that they located and arrested the Brazilian Doctor and Influencer Victor Sorrentino, who Harassed an Egyptian saleswoman while on a trip to Egypt.

A video of a Brazilian influencer and doctor named Victor Sorrentino has been making its way around Brazil and Egypt, where the supposed respectful doctor is seen sexually harassing an Egyptian Muslim woman in Portuguese, which she can’t understand.

Victor Sorrentino took the video during his trip to Egypt in a touristic bazaar where the woman was selling him papyrus, a paper-like material that was used by the ancient Egyptians for writing.

Sorrentino then asked her in Portugees, “They like it hard. Long is also nice, right?”. The saleswoman, unfortunately, didn’t understand the innuendo and proceeded to say “yes” and smile while he and his friends laughed at her.

He then asks her, “Okay! Wonderful. You like the hard one, right?”.

He then posted the video to his social media accounts.

His excuse for the misogynist and racist remarks is that he makes this kind of “jokes” with friends and family. He did acknowledge that he had no right to do it with a stranger but explained that he saw the woman laughing and being playful with them, so he “ended up playing.”

And, of course, he turned his accounts to private when he was attacked.

He later went back to the bazaar to apologize for the woman, however, it was reported that the woman wasn’t even aware of what happened and the apology video was meaningless.

However, let us remind you that this is a saleswoman in a touristic bazaar during one of the worst times for tourism.

Her job is to make travelers feel special and to laugh and be polite to them, not to get harassed by them in a foreign language, and have the video shared on social media for a million of his followers to see.

The worst thing about this incident is that he most probably got invited to Egypt to promote tourism, and this was the content he came up with.

We’re saying that because we know for a fact that no “influencer” does anything for free, including promoting a country.

We’re not sure who he’s invited by, whether it’s the ministry of tourism, or a private entity, or a hotel, but we can almost guarantee you his vacation is at least paid for, if not being paid for it.

Victor Sorrentino is one of those online doctors who promote paid medications and vitamins to his almost 1 million followers without any scientific basis.

His whole blog revolves around dexoting for a healthier lifestyle. Detoxing has been proven to be completely useless, and in some cases, harmful.

To make matters worse, Victor Sorrentino became known in the Covid-19 pandemic for defending the so-called “early treatment” against the disease with the use of drugs that have not been proven effective. In an interview, he said that the “medicines are known” and that they “do not cause risk or harm.”

Sorrentino is still in Egypt, and we hope the government takes action against this person because if not, you just made the best promotion for his million followers to come to Egypt and harass its women.

Let your voices be heard and push the following hashtags on all social media platforms: 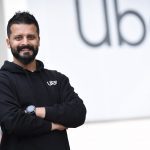 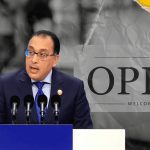