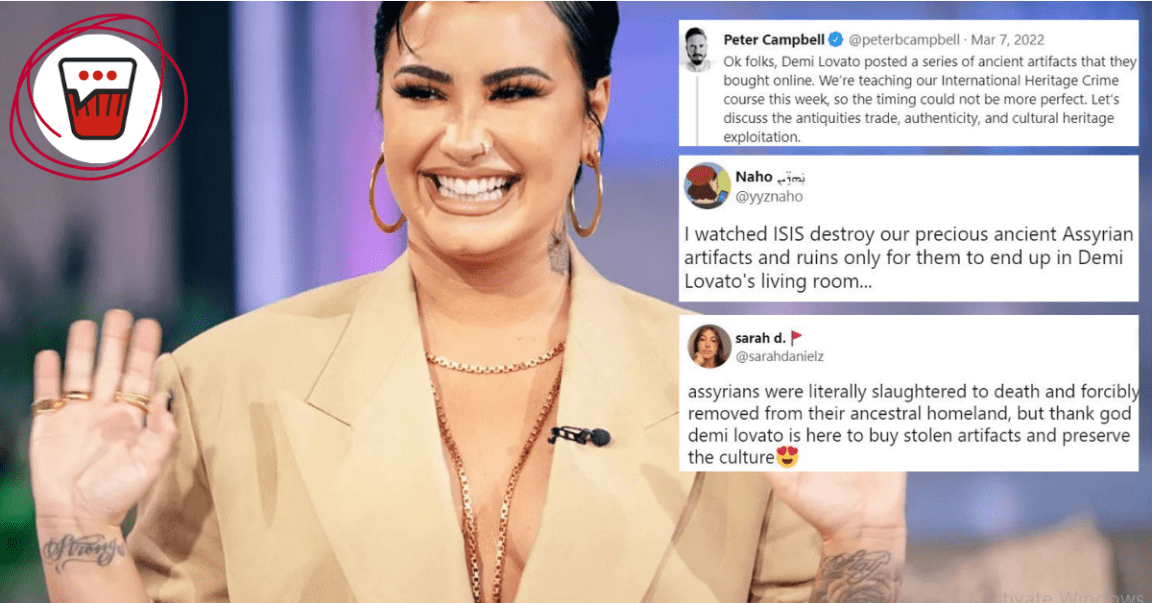 American singer Demi Lovato (who goes by they/them to avoid confusion) has been in hot water by Twitter users and expert archaeologists after making an unboxing video on their Instagram story where they unpack Egyptian antiquities cuneiform tablets dating back millennia.

Lovato confirmed that they are originals, which they bought online from an art dealer.

Other than the illegality of the situation, archaeologists, and even regular Twitter users, are calling out BS!

In their stories, Lovato said:

OK, I’m so excited; some really incredible things came in the mail today.

These are ancient Egyptian artifacts. Some of these pieces are literally thousands of years old. Like, what? My mind is literally blowing right now, and I’m so excited.

Demi Lovato in their video according to Hollywood Reporter

In their video, Lovato swept across an array that included ankhs and multiple glazed shabti — mummiform figurines that elites in pharaonic Egypt placed in their tombs to serve them in the afterlife.

Moreover, Demi Lovato showed the dealer’s documents with the pack, claiming that he bought these pieces from Museum Surplus.

Museum Surplus is a low-cost resource for museums, galleries, and the general public to acquire high-grade Egyptian, Greek, Roman, and Medieval antiquities, ancient coins, and fossils. The museum provides a certificate of authenticity with its sold pieces as well.

These are my certificates of authenticity.

Demi Lovato in their video according to Hollywood Reporter

But after all, the expert observers were unconvinced with Lovato’s sayings.

Peter Campbell, an archaeologist and lecturer in cultural heritage under threat at Cranfield University in England tweeted that he was totally unconvinced and said that it’s not doable at all, acknowledging that the video might not have shown all the documentation.

When I first saw the certificates, I thought it was a joke because they contain none of the critical information like ownership history, export permits, or findspot.

Peter Campbell is not the only one to call her out, but Erin Thompson, the professor of art crime at John Jay College in New York.

There’s no indication of the provenance of where Museum Surplus got these before offering them for sale.

Erin Thompson, the professor of art crime at John Jay College in New York according to Hollywood Reporter

People wondered why a precious ancient piece could be in Lovato’s home in the end.

One Twitter user even said that owning artifacts of an exterminated culture is revolting.

And another one claimed that by this, Demi Lovato supports buying stolen artifacts.

But still, neither Lovato nor Museum Surplus responded to people on Twitter.

That increases the controversy, and people wonder how this could happen. There is no evidence for anything out there.

But it’s worth mentioning that the international law forbids the trade of cultural artifacts trafficked after 1970 according to the UNESCO Convention on the means of prohibiting the Illicit Import, Export, and Transfer of Ownership of Cultural Property.

And since Peter Campbell stated that The legal antiquities trade is valued at more than $2 billion annually.

Demi Lovato are not the only celebrity who enrolled in antiquities-related controversy.

Last year, a stolen Roman-era marble bust was trafficked out from Italy and shipped to Kim Kardashian, but US authorities caught it before reaching her. And according to The Guardian, the sculpture was selected and purchased for Kim Kardashian by a Belgian art dealer; Kardashian was not charged with any wrongdoing.

In the end, until there is a response from Museum Surplus or Demi Lovato, the controversy will continue rising. People are still asking about the truth. Are these pieces smuggled originals? Or are these fake, and the art dealer could deceive Lovato? Nothing is clear.

But here we know that an Unboxing Video can lead you to jail unless you know what you are unpacking really is.

And we are waiting for the answers. Are the artifacts smuggled original or fake? 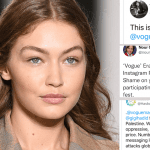 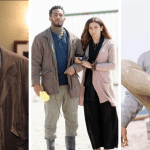