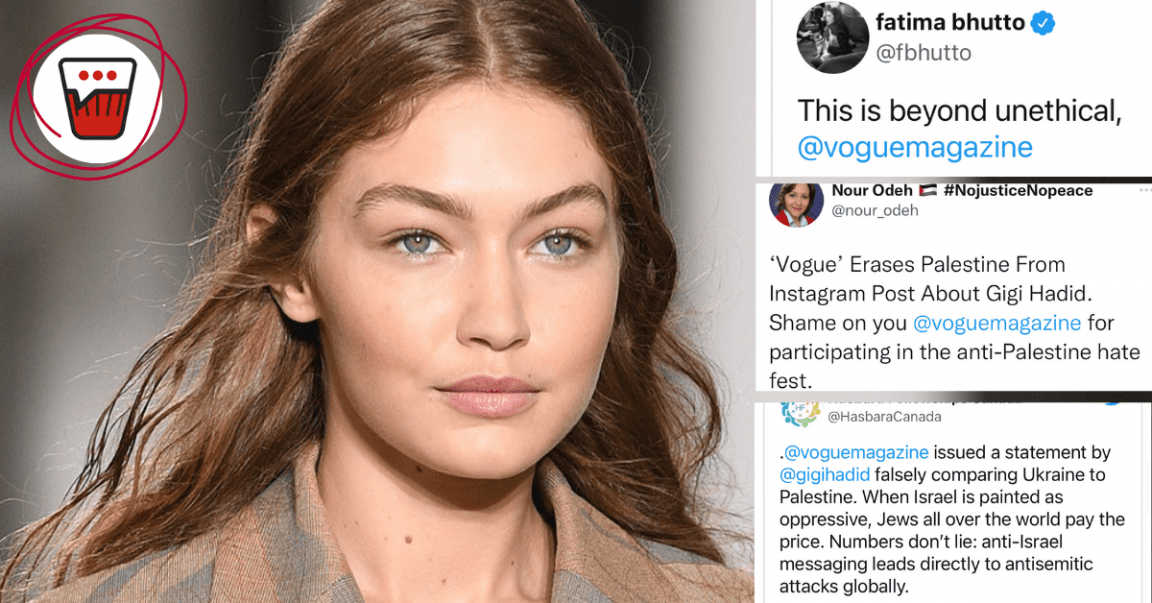 ‘Vogue,’ the American fashion and lifestyle magazine, is under fire by both pro-Israel and pro-Palestine activates on Twitter and Instagram for reporting that Gigi Hadid is donating her fall 2022 earnings to both Ukraine and Palestine.

Apparently, the mention of Palestine offended the pro-Israelis, which caused Vogue to remove the part about Palestine, which outraged the pro-Palestine folks, and rightfully so!

We don’t have control over most of our work schedules, but we would like to walk ‘for’ something. I am pledging to donate my earnings from fall 2022 shows to aid those suffering from the war in Ukraine, as well as continuing to support those experiencing the same in Palestine.

However, that didn’t stop pro-Israelis from calling out the magazine on Twitter

Saying that the “Jews all over the world will pay the price for this fault.”

Vogue didn’t state the reasons behind what it did, which makes things worse, and the pro-Palestin twitter users responded to that.

This added a whole layer of confusion for the Palestinians. So, naturally, the pro-Palestinians who considered what Vogue did as unfair and unprofessional started calling out and commenting on Twitter and Instagram.

One of the users on Twitter said that by that, Vogue is participating in the anti-Palestine hate-fest

In addition, the incident triggered the Pakistani author and activist Fatima Bhutto to comment on it as “unethical.”

The conversations in the comment section of Vogue’s post are on fire. It is like an online war between Palestine and Israel. People are asking about the reasons behind everything Vogue did.

Gigi Hadid also didn’t respond to the situation, but her words came after her sister Bella denounced Western hypocrisy and double standards in Ukraine and Palestine.

The Hadids have always been vocal towards Israeli war crimes. And their latest movement was by Bella Hadid on her Instagram.

Injustice anywhere is a threat to justice everywhere

And the controversy is still rising, and people are wondering why Vogue posted the full quote firstly to delete the ‘Palestine’ word later. Palestinians are still asking and waiting for an answer. Does Vogue magazine share the celebrities’ full quotes, or only share the parts they like.

Maybe Vogue can answer these questions. But till then, the controversy is still rising, and the conversations on Twitter and Instagram are putting Vogue in hot water. 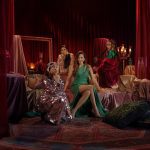 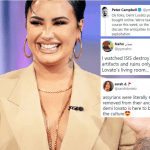