Following the record-breaking series premiere on Sunday, House of The Dragon is renewed for season 2 at HBO.

We are beyond proud of what the entire House of the Dragon team has accomplished with season one. Our phenomenal cast and crew undertook a massive challenge and exceeded all expectations, delivering a show that has already established itself as must-see TV. A huge thank you [to co-creator and executive producer George R.R.

Martin and co-creator and showrunners Ryan Condal and Miguel Sapochnik] for leading us on this journey. We couldn’t be more excited to continue bringing to life the epic saga of House Targaryen with season two.

It’s worth noting that HBO invested 10 months of filming and $20M for post-production visual effects work, in the first 10-episodes season, which makes it difficult for season 2 to be the next year. Sources say that season 2 will be more likely in 2024.

House of the Dragon begins 200 years before the events of Game of Thrones. The Targaryen dynasty is at the apex of its power in Westeros. With a menagerie of dragons at their disposal, no one dares challenge their reign, which means the biggest threat to House Targaryen is itself. 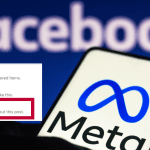 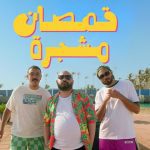