Why have a sexy summer when you can have a sexist summer, amiright?

In their first duet, the ever-so-problematic Tamer Hosny, along with Esseily, who’s usually just there, release a new summer “hit” that’s shot in Sahel to “promote Egypt”. Funny enough, the 7 minutes video, directed by the man himself, Mr Hosny, starts with the men texting each other that they’re about to get married and should delete the pictures of the women on their phone.

They proceed to say that they’re marrying kind women, but they’re crazy. I mean, how crazy is it that you might get upset that you’re married to a cheating piece of shit, right?

The men then proceed to text each other pictures of the women they’ve been texting behind their soon-to-be wives, because, of course, real men share photos of women they talk to with each other. And the cherry on top of the conversation, they mention how it’s their last day of happiness, cause who would want to be married to the crazy bitch who gets pissed that their man is cheating?

And then the song starts with the men using a slide and Essiely failing horribly at it — unironically might I add.

The song is catered to be a wedding jam, with all the musical butchery that you might think of, with a lame dance and all.

Now for the lyrics…Oh boy, this is good!

The men keep singing about how they were players, and no woman was ever enough in their eyes. Yes, Mr Chest Hair Hosny and fucking Essiely are the ones singing that, yes.

Called “Ikhtera3” (invention) the song references the wives as an invention for changing their minds about love, promoting the fact that women should be okay with players and that it’s the woman’s job to change the man.

I couldn’t even finish watching the song, and please, if you watch it, make sure you have an ad blocker on so you won’t give them any money, cause that shit is just too much.

It’s 2020, we’re trying to hold men accountable for their actions, then this song happens. Not just that, but it’s positioned as a funny, light-hearted love song.

All I have to say is, I’ve had it. Officially. 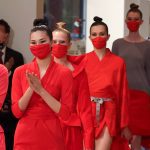