The film NIGHT is landing its Arab world premiere within the Short Films Competition at the 5th edition of El Gouna Film Festival from 14 to 22 October.

Director Ahmad Saleh stated that his new stop motion animated film NIGHT is based on a true story, and it took four years to make.

In a statement, he said

“The film is about a true story, which prompted me to ask how a mother wishes to hear the news of her daughter’s death. This wish is the opposite of the nature of a mother and life. I made the film after I realized the answer.

I’m happy to present the film for the first time to an Arab audience through the El Gouna Film Festival, after its world premiere at the Locarno Film Festival.”

Producer May Odeh commented about the competition at the festival saying,

“I am happy to be at the El Gouna Film Festival, and to participate with the stop motion animated film NIGHT. I believe that we have to support this special type of films. The trio brothers; Ahmad Saleh, Saed Saleh, and Saleh Saleh demonstrated their wonderful talent through three stop motion animation films that include NIGHT, which is taking part of El Gouna Film Festival. I hope that we will be happy this time as we were last year with five awards for the film 200 Meters”.

The events of the film starts when the dust of war keeps the eyes sleepless. Night brings peace and sleep to all the people in the broken town. Only the eyes of the mother of the missing child stay resilient. Night has to trick her into sleeping to save her soul.

The short film landed its world premiere at the Locarno Film Festival, competing within the Pardi di Domani: Concorso Internazionale section. NIGHT features the voices of Hiam Abbass, Rafa Aridi, and Salma Saleh. Produced by A Sea-Studio and Fabian & Fred, NIGHT is written, edited, and directed by Ahmad Saleh.

Ahmad Saleh is a Palestinian/Jordanian/German writer and director. His debut film, HOUSE (2012), won second place in the German Short Film Award and his second film, AYNY (2016), won an Academy Award. His third short film is NIGHT that had its world premiere at the Locarno Film Festival. 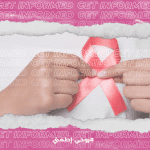 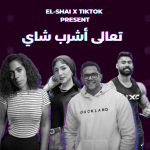