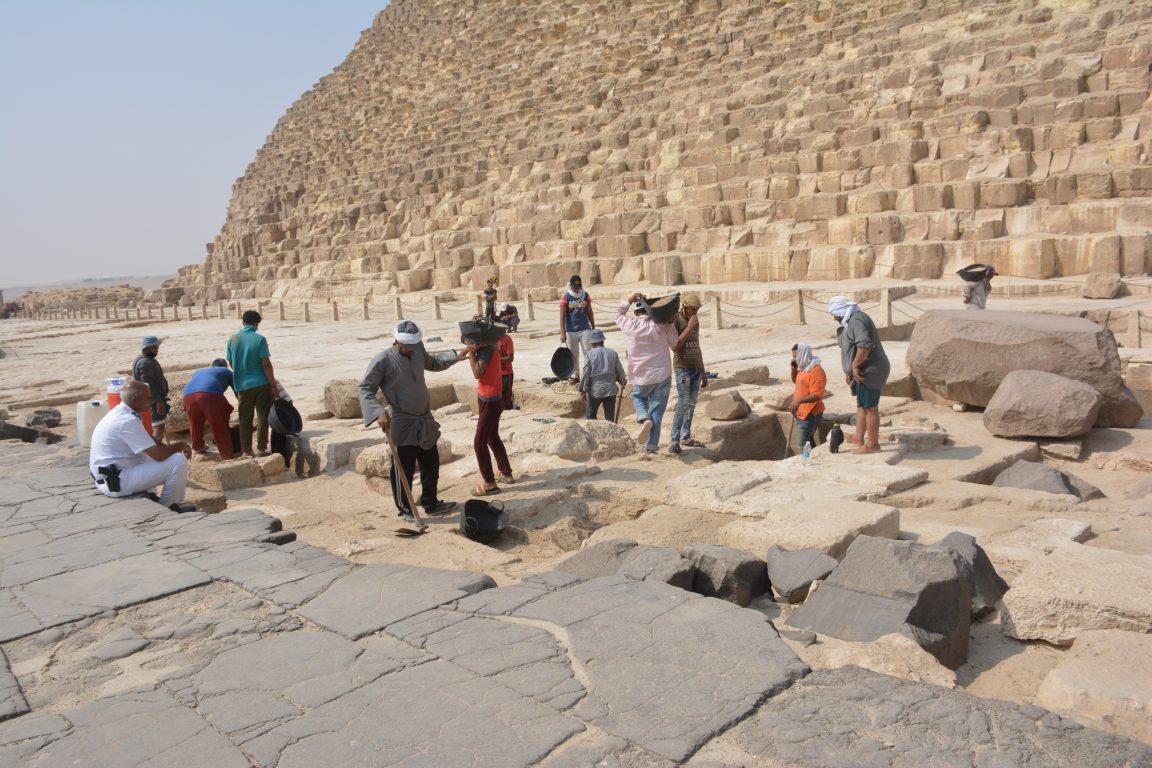 The American Research Center in Egypt (ARCE) hosted an exclusive media tour in Cairo roaming some preserved sites that were previously conserved in partnership with the Ministry of Tourism and Antiquities (MOTA).

The group visited three sites to get a live look of how ARCE’s cultural heritage projects prevent historical sites from further damage.

The first visit was to the Great Pyramid of Khufu which is of course known for being the largest pyramid ever built and one of the most popular tourist sites in the world. But visitors did not know that a grand temple once rose on the east side of the pyramid, nor did they realize, as they walked or rode horses and camels, that they were helping obliterate the scant remains of the temple, the central focus of the Great Pyramid Complex.

Supported by ARCE’s Antiquities Endowment Fund (AEF), Dr. Mark Lehner and Dr. Zahi Hawass teams began work in September 2020 to comprehensively document the remains of the temple. They assigned a number to every physical feature left by an archaeological process or event, such as a hole cut into the bedrock, and then documented each feature. They positioned the features on a map and photographed and described them.

All visible archaeological features were recorded: those reflecting the initial layout and construction of the building, some predating the temple, and others dating much later, such as blocks displaced when it was dismantled. Recording all archaeological remains was crucial to understanding the sequence of events at the site of the temple and how it was built.

The team completed the work at the temple by installing a controlled access walkway around the outer wall line of the temple. The walkway is open to the temple; no fencing was needed to keep visitors out as they chose to stay on the walkway rather than tread across the irregular surface of the temple remains.

To compliment the walkway and improve visitor experience the team installed three large information panels around the temple. One explains the layout of Khufu’s pyramid complex, the second is about the pyramid temple itself, and the third about the sanctuary and unfinished tomb shaft.

The second visit was to Bab Zuwayla in Old Cairo, which is one of three surviving gates that provided entry into the fortified medieval city of Cairo. Founded by the Fatimids in 969, al Qahirah, or Cairo, was a contained nucleus protected by a towering mudbrick wall (reinforced with stone in the 15th century).

The Mamluk Sultan al-Mu’ayyad Shaykh constructed an adjacent mosque in 1415, as well as two elongated minarets on top of the existing watchtowers that flank either side of the gate. It is this unique architectural feature that physically sets Bab Zuwayla apart from two other surviving gates, Bab al Nasr and Bab al Futuh, and has made the gate such a distinctive monument within Historic Cairo.

In 1998, the American Research Center in Egypt (ARCE) spearheaded an intense five-year conservation project, with support from the U.S. Agency for International Development and under the supervision of the project’s director Nairy Hampikian. Critical to this project was the removal, restoration and re-installation of Bab Zuwayla’s sizable wood and iron doors.

Additionally, over three feet (one meter) of the bottoms of the doors had been buried by rising street levels over the centuries and needed to be excavated.

Today, Bab Zuwayla stands as prominently as ever at the historic core of modern-day Cairo. Appreciated by visitors and revered by locals, the medieval Fatimid gate continues to bear witness to the growth and expansion of al Qahirah, a testament to the value and impact of ARCE’s cultural heritage conservation work.

The last visit was to the Church of the blessed Virgin Mary Saint George and Abu Sefein Zuwayla to preview some of the preserved icons that are considered a prominent feature of Coptic religious heritage. A number of icons, mostly from the 18th century, survive today and are said to be an evolution of the renowned Fayoum portraits that were common in Egypt’s Roman period.

In 1988, ARCE in collaboration and mutual cooperation with the Supreme Council of Antiquities and the Coptic Church set up on-site conservation workshops in a number of key locations, such as the Hanging Church in Old Cairo, Mary Girgis Church in Cairo, Deir Anba Abraam in Fayoum, Akhmim in Sohag and El Quossiyia in Assiut.

Under the direction of Shawki Mehani Nakhla and co-director Father Maximous El Antony, two to three conservators and a handful of trainees were stationed in each conservation workshop to treat the icon collections. The team was assisted by Russian and French restoration specialists. To Nakhla, one of the key successes of the project was on-the-job training.

The project aimed to record, document and conserve known remaining icons in Egypt and included on-the-job training to project conservators and icon custodians who would care for the conserved icons. In total between 2001 and 2004, the project treated 287 icons from 21 different churches, monasteries and ecclesiastical residences, including 172 in Cairo, 51 in Fayoum and 64 in Sohag and Assiut. Among the more valuable finds were a number of medieval period icons, which were previously assumed by scholars to be lost forever.

Founded in 1948, the American Research Center in Egypt (ARCE) is a private, nonprofit organization composed of educational and cultural institutions, professional scholars, and private individuals. Through grants, fieldwork and field schools, ARCE’s partnership with Egyptians contributes to the shared goal of cultural heritage preservation. Over the years, ARCE’s strong relationship with the Ministry of Antiquities (MOA) (formerly the Supreme Council of Antiquities) has ensured the success of our work together. 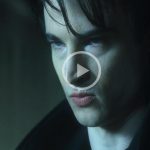 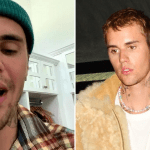