Cairo Industry Days has announced that its 3rd edition (December 4-7), held right in the throes of the 42nd Cairo International Film Festival, will shed light on several industrial film and TV-related issues, featuring prominent names from the Arab world and worldwide.

Cairo Industry Days’ will kick-off on December 4 with a 90-minute panel entitled “Mind My Gender: Being A Woman in The Creative Industries”.

The panel will take place at 4:30 PM at The Cairo Opera House and will be moderated by Mariam Farag, the Head of Corporate Sustainability & Social Impact at MBC Group.

On the same day at 6:00 PM the audience will get to meet and sit with the team of the independent production company, THE POPULATION for an hour; Mynette Louie, producer of The Tale, Mollye Asher producer of Nomadland, Derek Nguyen, director of The Housemaid.

The discussion will be moderated by María Raquel Bozzi, Senior Director of Education & International Initiatives at Film Independent, the sponsors of the debate.

On December 6 at 12:45 PM at Cairo Opera House, the audience will join Screen International’s Middle East correspondent Melanie Goodfellow and six of the most talented and promising actors and directors from across the Middle East and North Africa.

They have been selected for the fourth edition of its talent-spotting initiative “Arab Stars Of Tomorrow”, which is being supported by MBC Hope, a social responsibility initiative for The MBC Group. Acclaimed Egyptian actor and past “2017 Arab Stars of Tomorrow” recipient Ahmed Malek will also be joining the 60-minute conversation.

Mariam Farag, the Head of Corporate Sustainability & Social Impact at MBC Group, will moderate a 70-minute long panel entitled “The Role of Cinematography in Combating Human Trafficking” on December 6 at 4:45 PM.

The discussion will be joined by Ambassador Naela Gabr, Chairperson of The National Coordinating Committee for Combating and Preventing Illegal Migration and Trafficking in Persons, Amb. Laurent De Boeck, IOM Chief of Mission to the Arab Republic of Egypt and Cristina Albertin, the Regional Representative for the United Nations Office on Drugs and Crime (UNODC) in the Middle East and North Africa (MENA), as well as the two stars Asser Yassin and Nelly Karim.

The panel is sponsored by the National Coordinating Committee For Preventing And Combating Illegal Migration And Human Trafficking (NCCPIMTIP).

Another one-hour panel discussion entitled “The Creatives’ Advocate: The Business and Legal Principles of Filmmaking” will bring together the legal counsel Ismat Abidi and Fiona Robertson, Senior Counsel and Head of Media at Al Tamimi & Company on December 7 at 11:00 AM at Cairo Marriott Hotel.

An hour-long panel discussion “Harder Than It Looks: The Art and Business of Making Short Films” will be held on December 7 at 1:00 PM at Cairo Marriott Hotel.

It will be joined by director and producer May Odeh, writer Mark Lotfy, producer and director Karim Abouzeid, producer Safei Eldin Mahmoud and filmmaker and programmer Tizian Buchi. The discussion will be moderated by Andrew Mohsen.

Entitled “OTT Partnerships in the Middle East – The Success Story of Viu”, an hour-long panel discussion will be held on December 7 at 3:00 PM at Cairo Marriott Hotel.

Beyond the talks and masterclasses, the activities of Cairo Industry Days this year shall encompass discussion panels, featuring prominent and international industry professionals.

This comes in parallel with organising other activities within Cairo International Film Festival that will present more than $250,000 worth of in-kind and monetary awards, bringing in 15 Arab films in competition.

The activities will also include the Cairo TV Pitch Forum that will be held in collaboration with Middle East Media Initiative (MEMI), and the Creative Production Workshop, held together with Film Independent.

The Cairo International Film Festival (CIFF) ensures that all the necessary safety precautions are taken by following guidelines from the Egyptian government and the World Health Organization to establish a safe space for the festival’s team, participating filmmakers, and the audience.

Cairo Industry Days are the industry platform of the Cairo International Film Festival that launched during the 40th edition of the festival in partnership with the Arab Cinema Center. 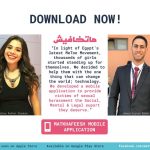 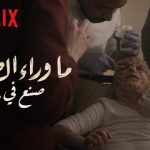