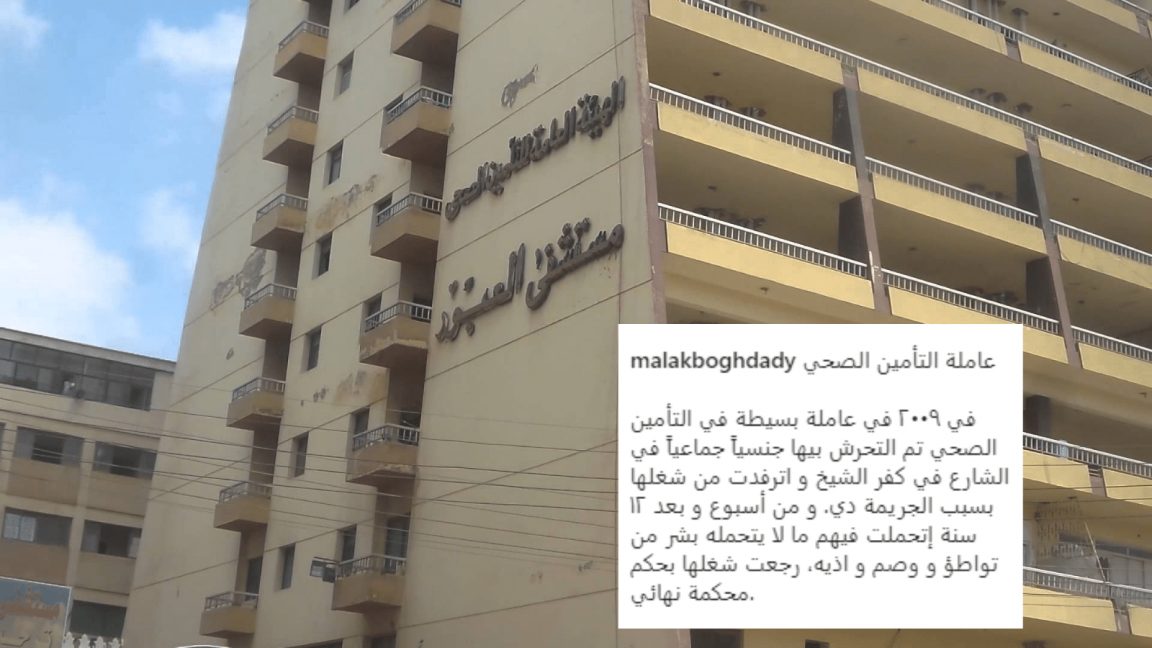 Imagine hearing a story where a woman gets ganged raped, people see her and not help, then get fired from work for being raped.

Sadly, you don’t have to imagine that, cause it’s a true story that happend in Kafr El Sheikh.

Back in 2009, a woman who works for a medical insurance hospital in ‘Kafr El Sheikh’ was raped by three men on her way home from work. According to the story told by Malak Boghdady, a social media activist, the woman screamed for help, but no one came to her rescue.

As if it weren’t bad enough what this woman had to go through, not only was the place she worked at unsupportive of the situation, but they had the audacity to fire her. Due to the incident, the woman was in bad condition both physically and mentally.

She asked for medical help and thought that since she’s a medical insurance employee, they’d help her, but this was not the case. The shocking part was, that they didn’t even bother to check up on her medical status, even though she told them she was in need.

They used it against her that she couldn’t move, as a result of what had happened, and decided that she wasn’t fit to continue working and fired her accordingly.

In astonishment by what her workplace did to her, this woman decided to seek help from the governor of ‘Kafr ElSheikh’. She begged him to help her get her job back and told him she needs the money to feed her children, and his response to her was a firm no.

He simply said to her that they need to “abide by the law”, and so he won’t be able to help her.

The woman spent three years, from 2009 until 2012, recovering physically, mentally, and emotionally from everything she went through. In 2012, she filed a lawsuit against the medical insurance company, in ‘Kafr ElSheikh’s’ court of labor to get her job back.

Two years later, in 2014, the court of labor’s response was that this matter doesn’t concern them. They stated that they only handle matters concerning the private sector, and that hospital she works for is part of the public sector, so they handed her case over to the administrative court of ‘Kafr ElSheikh’.

The advisor handling her case, Abdel Wahab Khafagy, reached out to her workplace to understand why they fired her, and request they give her back her job and waited two weeks for a reply. They denied his request and explained to him that her “presence will cause embarrassment, shame, and discomfort for the rest of her female coworkers”.

After receiving this response, the court ordered the hospital to give the woman her job back immediately. They also made sure that the medical insurance covered all the woman’s expenses. The health insurance company appealed against this decision and the case got transferred to the supreme administrative court.

Due to this incident, Adel Wahab Khafagy implemented ten new rules and legal actions to be taken against sexual harassers.

1- Harassment of women in the streets is an affront to the dignity of women, and in 2014 she appealed to the interim President of the Republic to increase the penalty after issuing a decree of law three weeks before the verdict was pronounced and before parliament was formed.

2- It also appealed to abolish the discretionary power granted to the judge to choose between a prison sentence or a fine, so that the two penalties are mandatory together, and the judge’s choice weakens the deterrent effect of the harassment penalty.

3- Sexual harassment violates the social structure, and the judge’s discretionary authority produces a disparity in punishment for those who commit the same crime, with the same specific circumstances and the personal circumstances of the perpetrators and those who participate in committing it.

4- Fatwas by non-specialists permitting marital rape to protect oneself from the psychological causes that lead to harassment of women.

5- The misconception of advocates of religious extremism against women, that they are an exciting biological being and a source of sedition and temptation that hindered their abilities and capabilities towards progress and prosperity.

6- The head of the state’s apology to the lady of liberation in 2014 is a noble position that must end the era of directives and launch the era of initiatives.

7- Governors are responsible for security, morals, and values in the governorates, in cooperation with security directors, and they must take measures to protect women.

8- Television, satellite channels, cinema, theater, and mass media must change the perception of women in a way that is compatible with their giving, and restore the high Islamic values towards them.

9- The simple worker struggled alone and unique from 2009 until 2021 without the National Council for Women supporting her at any stage of litigation, which requires field follow-up through its branches in the governorates.

10- Protecting women from harassment is a societal responsibility, not the responsibility of the state alone until the noble values that Islam adorned women with are restored

This woman should be used as an example, and a role model to other women and victims of sexual assault to never back down from standing up for themselves, and for their voices to be heard loud and clear. 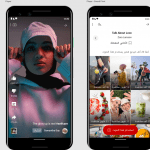 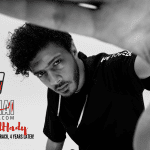