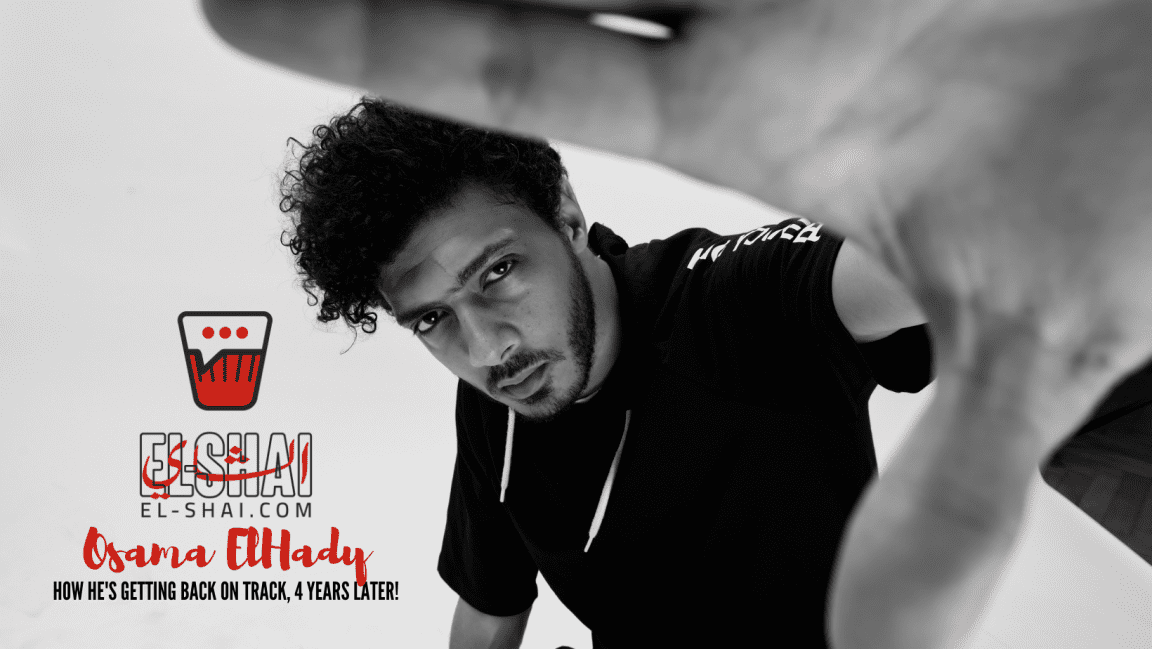 Osama Elhady: How he's Getting Back on Track, 4 Years Later!

It’s safe to say that Le3bet Newton was one of the most successful TV series in a while. We got to see many fresh faces through the series, and one of our favorites was Osama Elhady.

But Osama Elhady isn’t a new face to the industry. He’s a multitalented man that we’ve seen in various works before.

Osama Elhady is a singer, songwriter, and actor who started singing in 2008 and acting in 2017, and we believe he is getting his major break now.

With his latest single, “Lessa feya Heel,” Osama Elhady is finally back to his roots, singing, after a four years hiatus with a completely different style, and we’re living for it!

This is why we reached out to Osama Elhady and decided to have an exclusive one-on-one interview with the multitalented young man to bring you all the tea about his talents!

We’d like to know more about your song “Lessa feya Heel,” what’s the backstory of it?

This song took so much effort to be made. The music composition took a long time for me and my music producer and friend Hudz.

Hudz and I share the same music taste, and we’re always up for experimenting, but it’s up to the audience to decide whether they like it nor not.

The main idea of this song is that we wanted to express what’s inside us and at the same time tell what’s inside anyone who’d listen to it.

Part of the idea is based on a personal experience that I, and many, went through. While it might not be the same events, I believe it’s a similar experience. It tells the story of anyone from different lives.

I believe that I made an authentic, realistic song, and I think that natural things always leave an impact.

This song is written, composed, and also directed by you, so can you tell us about your first experience as a director?

It wasn’t my first experience as a director. I’ve been directing my videos since 2008.

Back when I lived in Mansoura, it wasn’t common to shoot videos and direct them. So I started learning how to direct from the internet and went through this experience and loved it over time.

I tried to develop myself further and directed ads and videos for my friends.

In this song specifically, I was trying to portray a specific vision that my audience and I would discover together. In addition, I wanted to offer a new version of myself and level up with fresh ideas.

You collaborated with the swaggers in your latest music video. Can you tell us more about this collab?

I’ve always gone to dancing classes with Zeyad, and I felt like the vibes there are the same as what I wanted to present in my live shows.

We practiced a lot, and I gave up many times in the middle, but he kept encouraging me till we reached the level you’ve seen in the video.

I wanted to be an artist who’s involved in the whole experience and doesn’t just bring backup dancers.

What inspires you to do an artistic work that he’s satisfied with?

The thing that inspires me the most is the challenges that I or others face.

For example, I think some sentences in conversations can be exceedingly catchy.

This is what happened in “Lessa feya 7eel” when I was eating with my mother, but I had to go out, and she said, “have some mercy on yourself! (lessa feek 7eel?).”

At that moment, all I could think about is that sentence she said to me.

You have one album and several singles. Are you thinking about making an album or EP anytime soon?

Personally, I’d love to make an album or EP every day, but the music scene or market in Egypt requires a specific strategy.

In the past, people appreciated music more and gave it the presence it deserved. Today that doesn’t happen anymore, so it doesn’t give you much flexibility.

Until that changes, I’ll be making singles.

You made many covers such as “Keter Away Zaye Bela Shii, Entry Ma Estanety w 3anekteny”. Which was your favorite cover, and if you were to make another cover soon, who would you cover?

I love ” Bala wala Shii,” and I love making covers all the time.

So I’m thinking of doing a project like that.

Tell us more about the album “Youman Ma Hatter” that came out in 2016, and what’s your favorite song from that album?

That album in 2016 was a very crucial year. My favorite song in that album is “3azezaty Heya”.

I wrote and composed this song and what’s interesting about this album is that I had completed the album and didn’t know what to name it. I wanted it to express who I am.

I’m terrified of personal songs I write about myself or experiences I’ve gone through.

“3azezaty Heya” was a light song that I made my team listen to. Their response was, “Dude, why don’t you let us listen to songs like this? So take your guitar and go ahead and record it”.

The comment I always have is that I’m scared, but it’s good. When it came out, I was surprised that many related to it. I’m always afraid that I am the only one that understands my music.

It was a great year with a concerts tour with Red Bull, and I made a great Tour around Egypt and its cities.

Your video “El Rad Mabywslsh” gained immense success and more than 1 million views on Youtube. Tell us where you got your idea for the video and if you would repeat this experience or not?

For that music video specifically, we traveled around Egypt a few times. All this happened in 4 days.

I was scared, but in my opinion, it was a fun clip.

When it got a million views, and I was on Youtube banners, it gave me a push.

The support showed me that I could still make this type of music.

Do you think about having concerts again soon?

I need to have concerts soon, but when I still need to figure that out.

Whenever I’m excited or energetic to have a concert, something pops up that ruins it.

I have such bad luck, but I need to push myself. So if there’s an opportunity for good concerts, I’ll do it.

Tell us: How did you get into the advertisement business? And how was your experience with the Mobinil advertisement? How did it influence people?

In 2012, I worked on the ad “Dayman Maa Baad.” and I also worked on an advertisement during corona with Ramy Sabry and Ingy El Moqadem.

In 2012, they needed a guy who could sing and play the guitar because the director, Mr. Ahmed Abdallah, did not like the idea of someone acting and someone else playing guitar and singing.

The audition was actually at the same time as my first event at the Sakia Cultural Wheel, and I could see that lots of people were auditioning.

Khaled Gabry called and asked me to go considering he already told them I was going, and I tried telling him that I already had a concert planned at the same time.

After a brief discussion, he told me to go to my concert and await his call.

Surprisingly, Tarek Nojara was there and told me to go with him to record. So we ended up recording the advertisement that day!

It took a while until the advertisement started appearing on television, and I spotted myself in it.

I did not expect the boy who just arrived in Cairo from El Mansoura a month ago to be sitting here with his pictures in newspapers everywhere.

Everybody called me the “Mobinil ad guy,” which was essentially very dangerous for my career, but it ended up being a good shortcut in my career.

As you’ve seen, I have recorded another song with Orange, so I’m a very Orange-y guy!

Has the experience of this advertisement influenced you or your career?

It hasn’t personally influenced me; all that happened was that I noticed people became more ready to accept my artistic view and what I do, which motivated me a lot.

After filming The Godfather, Kalabsh, and Lams Aktaf came the series Le3bet Newton, which was terrific, and we were all obsessed with it. Tell us about your experience with this show.

This show was significant to me since the cast was full of my favorite actors and actresses.

I’ve always been a big fan, especially of Tamer Mohsen.

I found an advertisement for the audition and sent them a message, which felt weird but exciting for me.

The role was also a little more significant than what I had done before, so it gave me the chance to sit on it and think myself into the character.

Mr. Tamer also gave me a few tips on what we could do. I had a lot of fun on an extraordinary artistic level. I was also amazed by the positive reactions coming from viewers.

I had expected the show’s success, but I did not expect the responses coming on Shamba and how the character affected the viewers.

I was on a planet full of superstars, and seeing Shamba amidst all that was unexpected and wonderful.

What was the hardest thing about doing “Shamba’s” role?

It is a ridiculous thing, but I wanted to grow my hair, but I couldn’t, but besides that, there wasn’t anything that can be described as hard when it comes to acting.

So I wanted to give my maximum effort in this role and leave the review for the audience.

Yes, I feel like I’ve been making sadder music lately.

I wasn’t like that at all, but it has influenced me externally.

I love everything to be done perfectly, and I overcame this and went with the concept “done is better than perfect.”

I am working on two new songs that will be released after “Lessa feya heel,” and if I had the time to release another song this summer, I will, and maybe in the autumn, I’ll release another one.

As for the series, it will take some time as there is nothing ready yet.

I got some offers, but I haven’t signed anything yet. 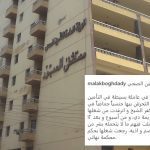 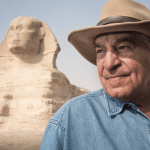