Bassel Khaiat has posted the official trailer for his new series Qeid Maghool (Anonymous) on his official Instagram page. Slated to premiere on OSN soon, the series marks the first Syrian drama to screen on a digital platform.

The trailer of Qeid Maghool features Bassel Khaiat as a womanizer, whose affairs raise a lot of questions and ignite police suspicion during criminal investigations.

Anonymous is an 8-episode thriller drama that features a number of Syrian TV stars alongside Bassel Khaiat, including Abdel Moneim Amiry, Ehab Shaaban and Nazli Rawas.

Directed by Al Sadeer Massoud, the series is written by Mohammad Abou Laban and Liwaa Yazji, DOP by Haytham Hosny, and produced by Mohammad Mashish along with iProductions. 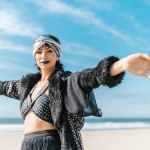 Go to mobile version
Send this to a friend