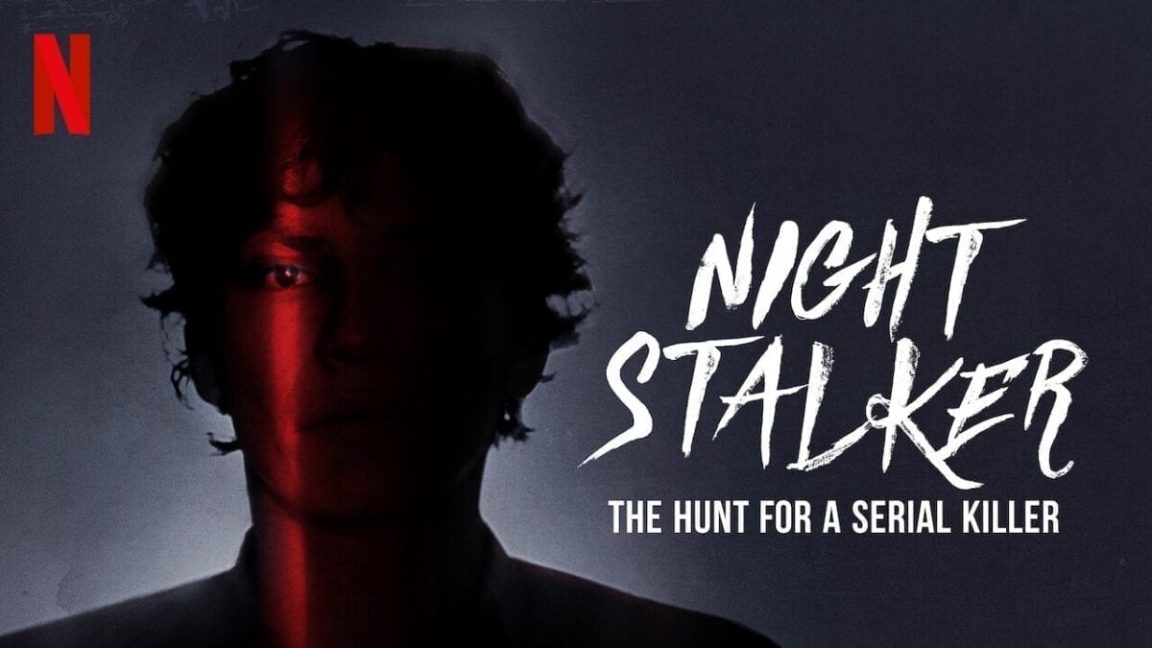 Netflix is streaming the life of Richard Ramirez, Night Stalker: The Hunt for a Serial Killer on January the 13th.

Richard Ramirez was a serial killer, serial rapist, and bulgar. He terrorised many residents in Los Angeles and San Fransisco by breaking in their homes, stealing, rape, and killing anyone in the house.

Ramirez used many weapons in his crimes like handguns, hammer, knives, a machete, and a tire iron.

He never showed any remorse for his crimes!

Reasons Why You Should Watch Ramirez’s Documentary on Netflix!

They are starting With Ramirez’s childhood and early life!

Likewise, any serial killer’s childhood was challenging and traumatising that shaped him like this way. He was exposed to many physical abuse cases from his father; however, Ramirez’s childhood was different!

Ramirez was strongly influenced by his cousin ‘Mike’; Mike was decorated U.S. Army Green Beret combat veteran who used to show off with polaroids of his victims that he had done awful acts with.

Those polaroids contained victims of his, women he had raped, abused, and killed during the Vetamenese war, in those polaroids, he was also posing with women corpses that he had killed and abused.

He showed these photos to Ramirez, who was 12 years old at that time; Mike used to tell Ramirez about his war stories and taught him some of his militaries skills.

Ramirez strongly bonded with Mike, he was present when Mike shot his wife in the face due to a domestic argument.

Ramirez used to escape from his father’s abuse and lived in the streets for some time, then he went and lived with his sister ‘Ruth’ and her husband.

There he also witnessed a rough living, as his sister’s husband was a voyeur, which means he likes watching other people engage in inmate behaviour.

He used to include Ramirez in this nocturnal exploits.

Ramirez started smoking marijuana at the age of 10, taking LSD, and cultivated an interest in Satanism.

He took a job while he was in school at a local Holiday Inn where he used his passkey to rob and rape hotel guests in their sleep.

His employment ended when a guest returned to his room, finding Ramirez attempting to rape his women.

Ramirez developed his sexual fantasies into melding with forced bondage and rape, he was into violence, and he used this strategy in his serial raping and killings.

Ramirez had no chance in life, to be honest, he was predicted to be a criminal and rapist since his adolescence!

Richard Ramirez and his satanic reference!

Ramirez made many satanic references in his legal proceedings; he drew the pentagram on his palm in his trail, raised his hand and said “Hail Satan”.

He used to force his victims to declare love for satan!

He used to leave a satanic drawing in the crime scene and draw the satanic symbol on his victims after he killed them!

The night Stalker killed, tortured, and raped about 25 victims! 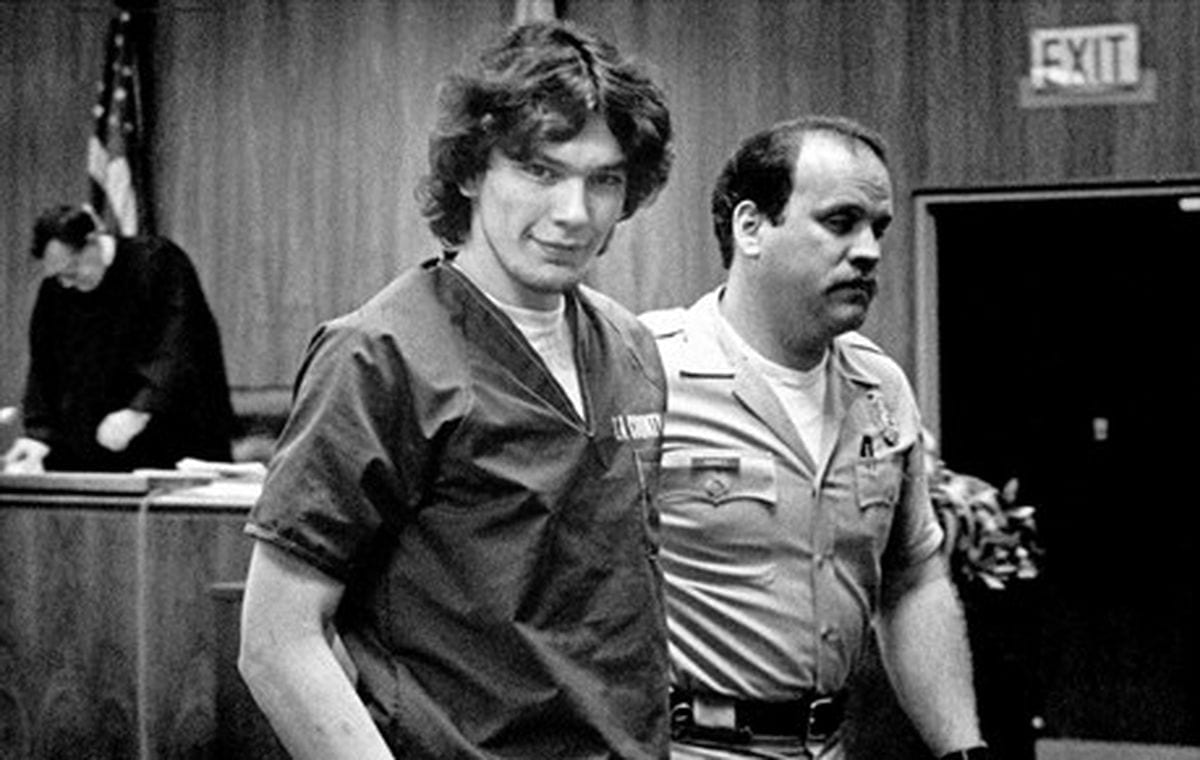 Ramirez’s first killing on April 10 1984, was on a 9-year-old, he murdered her on the basement of the hotel where he was living, he raped and beat the girl and stabbed her to death.

Then he hanged her body from a pipe!

His second murder on June 28 1984, was on a 79-year-old woman who found brutally killed in her bed in her apartment.

Ramirez stabbed her repeatedly in her sleep, her throat was slashed so deeply that she was nearly decapitated!

Most of his killings took place in home invasions, so there was no escape from him, he was breaking in the houses and committing his murders!

Most of his victims were brutally raped and killed, which resulted from his sexual fantasies!

He aroused a great panic in Los Angeles and San Fransisco.

His conviction, trials and death:

Ramirez was convicted on August 31, 1989, when he walked past police officers who identified his face.

His trial began in 1989, and he was convicted of 13 murders and other crimes, the judge stated his crimes as cruel, callousness and viciousness beyond any human understanding.

It was said that he committed other murders and rapes, but he was never charged with!

He was then sentenced to death, while in his death row, Ramirez was diagnosed with cancer and died in prison in 2013. 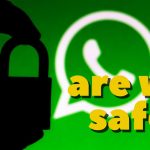 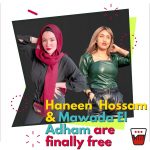