17-year-old Menna Abdelaziz used her platform and released a video of herself, beaten and bruised. She discussed how she had been raped and abused by Mazen Ibrahim, a “friend”. She mentioned that her female friends had set it up and filmed it. At the mention of the rape video being published online, she started to cry and demand she receives justice.

It All Started With A Video

According to Egyptian streets,

Now, I had only known about this issue because I follow @catcallsofcairo, a page dedicated to sharing stories of harassment and raising awareness. Menna’s video was posted, and as I watched her try her best to recall the details of the trauma she endured, I let out a sigh.

A sigh that perfectly encapsulated my lack of surprise.

Another woman being taken advantage of, one who will probably never receive the justice she deserves because our criminal justice system is built against the women our “regala” are so adamant on “protecting”.

Still, the fire hadn’t really started burning until I saw the rapist’s Instagram page. He released two long videos, where he degrades, insults, and shames her consistently. After calling her out for dressing provocatively, not being close to her family (what the fuck?), and saying that “el bent deh ma3andahash deen”, he insists that he didn’t touch her.

In fact, he suggests that she is the one who was being seductive towards him, recounting past instances where she was overly flirtatious with him.

Just to provide some context, Menna posts a lot of Tik-Tok dances on her Instagram. She has very short hair, and she’s not the most conservative.

That’s the argument being made against her. She has short hair and takes too many alluring selfies.

Up until now, I had somewhat maintained a level of calmness. That is, of course, until I checked out the comments.

Would you like to know how sha3b el masry reacted to this video of a beaten and bruised woman sharing her traumatic experience? Let’s break it down together.

They dm’d @catcallsofcairo saying they don’t believe her and that “you shouldn’t either”.

They were continuously sexualizing her, and verbally harassing her. While the men were making advances towards her in the comments, the women blamed her. This is where I could literally feel my blood boiling.

The women were accusing her.

Saying that they’re not surprised she got raped, no, she deserved to get raped, because of how she dresses.

I mean, why am I getting so upset? “Sexism doesn’t exist anymore, Farah. What can a man do that a woman cant?”

Here’s the thing that many people, and I’m talking to the women too, fail to understand. Discriminatory behaviour, like sexism, racism, islamophobia, fatphobia, these are constructs that cannot always be measured by the law. These are systematic behaviours that have been built up through decades of privilege and oppression.

I couldn’t fathom the complete absurdity of the comments on his Instagram either. Do you want to know what our Egyptian people were talking about while this woman was being stripped of her dignity and humanity? They were sharing her rape video.

People in the comments, not only asking for but providing the video where this woman is being overpowered and beaten by a man. They were also accusing Menna of lying. That we don’t know if she’s telling the truth or not. Let’s just be absurd for a second here and say it’s not true, is this really the kind of reaction we want to be known for having? That we not only shamed her but SPREAD her rape video?

Why Menna Abdelaziz’s Story Stood Out

Why would she purposely put herself in a position of vulnerability? Do you think it’s easy to be a rape victim? Do you believe that, especially in this culture, you are met with sympathy and compassion?

Who would want to be a victim in this culture? Stop glamorizing people’s trauma.

That is why Menna’s story struck me; she spoke out. For the majority of women, it is better to be silent and heal than to be met with an entire population telling you it’s your fault. This is what decades of oppression and superiority look like. This situation is the perfect depiction of how fucked up we are in the head in terms of rape and victim-blaming.

Menna, and sexual abuse victims as a whole, aren’t part of a “feminist” problem. This is a humanitarian problem.

If we cannot demonstrate a certain level of empathy for suffering that we are not personally experiencing, how are we different from animals?

For these people to vividly read and see Menna’s pain and suffering, and actively contribute to its spreading, is an act of dehumanization.

The Hypocrisy Of It All

All around Egypt, there are no options for victims of sexual abuse. Menna tried to press charges, and her rapist pressed charges against her for “misusing social media networks, inciting debauchery and violating Egyptian family values”; referring to her Tik-Tok videos and the nature of how she chooses to dress.

There is footage of her putting her clothes back on after the assault, and then being slapped across the face by another man. You want to talk to me about Egyptian family values?

Yeah, you must mean those Egyptian family values. The reality is, the “2osool” that we have been brought up to obey are hypocritical. Menna was more shamed (and sued!) for not following these values by sharing her tik-toks than Mazen was for raping her.

This could have been any of us.

It’s clear that those standards and expectations are simply methods of controlling and oppressing women because the nature of this entire situation is built on hypocrisy.

After the situation went even more viral, another video was released on the rapist’s Instagram account where he, and two other men, are sitting with Menna, denying the rape. They repeat over and over again that “she was just emotional” (yes, please continue to perpetuate female stereotypes while you sit next to a woman you had just beaten and raped).

Menna is sitting there with a black eye, not even looking at the camera, and she looks terrified. She’s stuttering and repeating the same thing, just agreeing with the abusers around her. You can literally hear other people in the room, giving her directions on what to say.

My heart was burning for this woman, and for the millions of women who have gone through the same thing. So, naturally, I ranted and ranted to every person I knew for the next couple of days. I was met with a question: “what are women supposed to do when they get raped?”.

I didn’t know how to answer. It struck me that our criminal justice system is purposely designed to leave no options for sexual abuse victims. You can’t tell anyone, or you risk your entire reputation, and you spend the rest of your life being dragged through the mud, even by your own friends and family.

Not to mention, you risk having charges pressed against you or being forced to marry your rapist (because apparently, marital rape is non-existent in this culture?). And if you keep it to yourself, you live with the trauma of having been violated, beat, degraded, and disrespected without ever receiving a shred of justice.

We spit in the face of sexual abuse victims.

People were telling her she needed to be more religious. That this happened because she strayed away from Allah. Yes, please continue to slut-shame and blame the victim.

So, tell me, is it in Allah’s goodwill to rape and beat helpless women?

Nobody commented on the fact that Mazen, her rapist, has all these overly sexual tik-toks and captions that describe him as a “ladies’ man” and highlights his “abilities”, *insert eye-roll*. He literally calls himself “Mazen el memayez”, and has a picture of himself standing next to an exotic dancer. Where did all those “Egyptian family values” go now?

The responsibility of carrying these hypocritical “values” is solely placed on the woman, resulting in a system that will never hold men accountable for their actions. Our way of living doesn’t harm anyone, whether that is through dressing provocatively or literally just making Tik-Tok dance videos. Your way of life is physically and emotionally harmful to over half the population (and I’m not even going to get into how this behaviour contributes to toxic masculinity).

And you know what the most hilarious part of this entire situation is? Her rape video is still being spread around and Mazen, her rapist, now has over 300k followers.

Talk to the women in your life. Be conscious of the victims around you. Educate yourself. It is your job to use your privilege to fight against systematic discrimination. 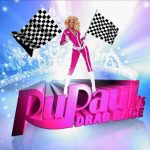 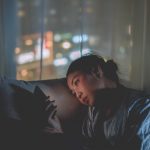