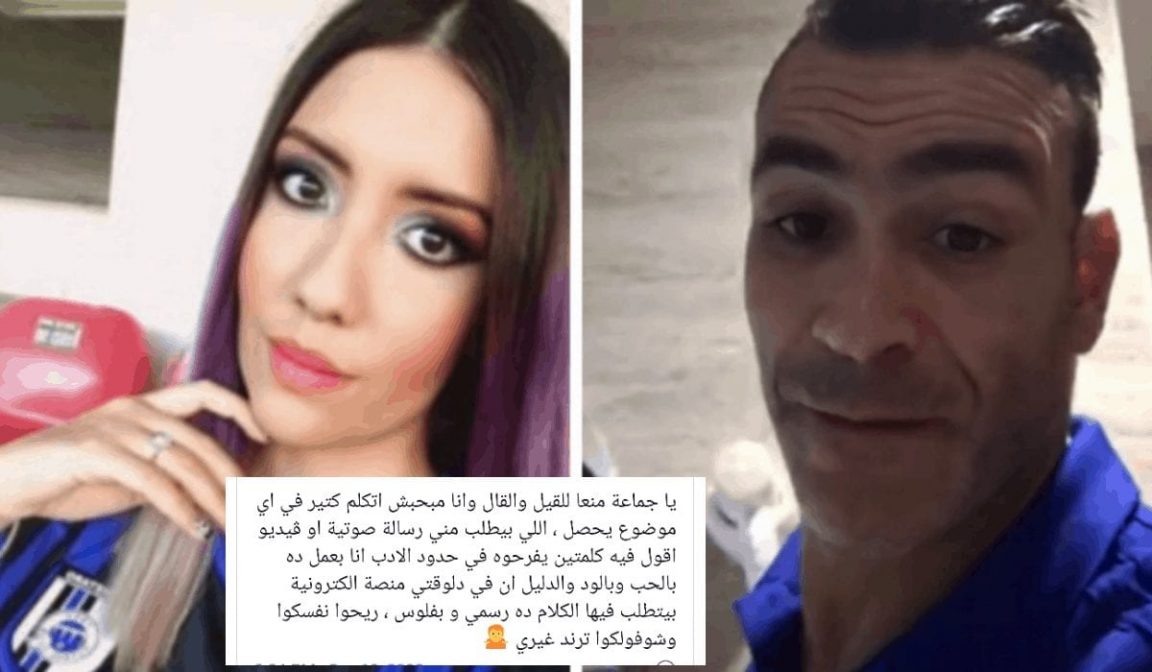 Remember the Mexican model, Giovanna Valdatti, who came out with Merhan Keller and claimed Amr Warda was sending her inappropriate messages? Well, apparently football players aren’t that smart, and another one has been messaging the model.

First off and before we say anything, it’s important to note that in this case there was supposed consent between the two, and it’s unknown as to why it’s posted in the first place.

Now it’s time for some back story about who Giovanna Valadtti is and how this whole thing unfolded.

Valadtti is a 23-year-old Mexican model who became known in Egypt during the AFCON 2019, and the Amr Warda scandal. Valadtti didn’t jus accuse Warda of sexual harassment, but she also leaked several inappropriate messages from other players.

Needless to say, all those accused denied their claims.

You might ask why Valadtti was involved with Egyptian football players, well, she has “family history” with the national team.

In a since-deleted tweet, Valadtti mentioned that her grandfather was the coach of Javier Aguirre, Mexican former professional footballer and manager.

Additionally, Aguirre was appointed manager of the Egyptian National Team in August 2018 and was leading the team during the AFCON.

However, Valadtti is not just involved with Egyptian football Players.

In our little research, we found out that Argentine football player Luciano Acosta was wanted by the police for sending people to assault Valadtti.

Now back to the issue with Essam El Haddary

While everyone minded their own business, twitter blew up with tweets from Valadtti about Essam El Hadary.

She’s been claiming that he’s been sending her messages, voice notes and that she misses their daily video chats, all with screenshots and videos.

While you can find the tweets at her account, we’d instead not post them here since we’re still unsure as to why they were leaked. And with no accusations, and her confirming that there was content, we find it unethical to be publishing private conversations.

Essam El Hadary, however, did talk about the tweets.

And in, what I personally think, the best PR move he could have made, he did not deny any of the messages and videos sent. In fact, he kind of confirmed that he did send them—sort of.

You see, El Hadary used this as an opportunity to publicise a new platform that he’s a part of, where you can buy video messages from celebrities through it.

Granted, none of the messages was “out of line” perse, but we can see how they can be taken out of context. We can also see them as a line crossed.

But for now, all sounds fair, right?

You see, this is not the first time that Valadtti mentioned Essam El Hadary.

Remember various sources we mentioned, which had the tweet about her grandfather? This article continues with more statements Valadtti stated to the press during the AFCON scandal.

According to the source, she stated to the Mexican newspaper Reform, that she met Warda through goalkeeper Essam El Hadary, whom she interviewed in the last World Cup in Russia.

We tried to find any sources for the interview she claimed to run with El Hadary, but we can’t seem to find it. But to be fair, it will most likely be in Spanish, and none of El-Shai’s team knows Spanish.

So What do we conclude out of this so-called scandal?

The girl’s tweets have no purpose other than seeming to try and troll/blackmail El Hadary, and the man owned up to sending the stuff in the tweets.

Even if the messages turned out to be sexual in nature, which won’t be surprising, according to the woman posting them, it’s not harassment like Warda’s case. So it’s just two consenting adults sexting, which shouldn’t be a significant issue for the public.

Quite frankly, the woman, for years, seems to be quite obsessive with El Hadary. Going through her old tweets, it did seem like she posted about him excessively.

I won’t even be surprised if it’s a publicity stunt for the platform he’s taking part of.

There are two significant outcomes of this whole thing, however.

As a hardcore feminist, it’s time we hold women as accountable as men. In this case, according to the little facts we have, the woman is in the wrong.

Because she is leaking private conversation for absolutely no reason. She is making clear that there was content and whatever happened between them, false public claims should NOT be in any way the answer.

The other thing is that as a society, we must stop slut-shaming women.

All the feedback about the issue is talking about the girl and her pictures. While I’m not sure if she’s an adult model or a regular model, it really is beside the point.

Does it make her a “slut” or does it discredit her allegations against Warda?

With her messages with Warda, it was evident that she was uncomfortable, and it was seen in his messages to her were extremely inappropriate.

She claims Warda was calling her a Bitch, while Hadary was saying “baby”. 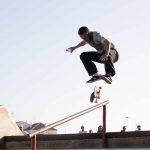