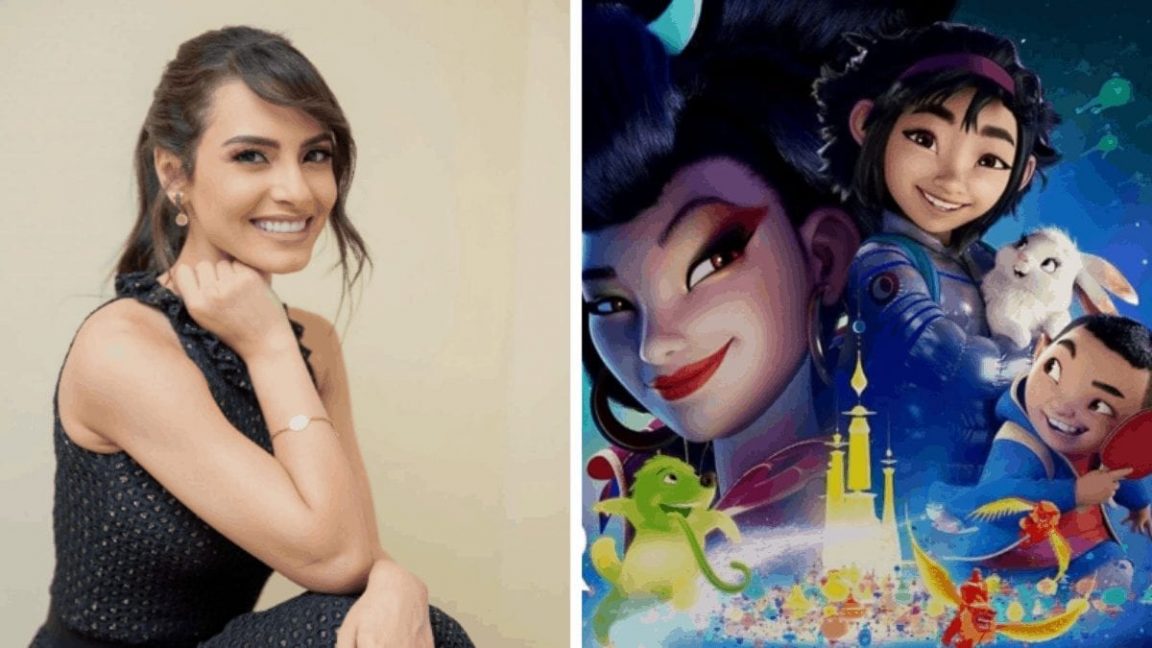 Netflix, the world’s leading internet entertainment service, announced today that Egyptian singer Carmen Soliman will be in charge of the interpretation of Rocket To The Moon, the Arabic/Egyptian version of the animated film Over the Moon. The song will be released on digital platforms on Friday, September 25th.

“I am thrilled to work with Netflix on this new project, representing Egypt and the MENA region. We’re currently witnessing great interest from Netflix to produce and avail Egyptian and Arabic dubbed content that is suitable for family viewing. I have always been eager to participate in a special movie like “Over The Moon” by legendary animation creator “Glen Keane”. I can’t wait to watch this movie with my family and enjoy Fei Fei’s exciting journey to accomplish the impossible.” commented Carmen Soliman.

Over The Moon movie will be available in both Egyptian dubbing and Arabic dubbing by Oscar-winning filmmaker and animation creator, Glen Keane.

Writer: Audrey Wells (The Hate U Give)

Fueled with determination and a passion for science, a bright young girl builds a rocket ship to the moon to prove the existence of a legendary Moon Goddess. There she ends up on an unexpected quest, and discovers a whimsical land of fantastical creatures.  Directed by animation legend Glen Keane, and produced by Gennie Rim and Peilin Chou, Over the Moon is an exhilarating musical adventure about moving forward, embracing the unexpected, and the power of imagination. The film stars Cathy Ang, Phillipa Soo, Ken Jeong, John Cho, Ruthie Ann Miles, Sandra Oh, Robert G. Chiu, Margaret Cho, and Kimiko Glenn.