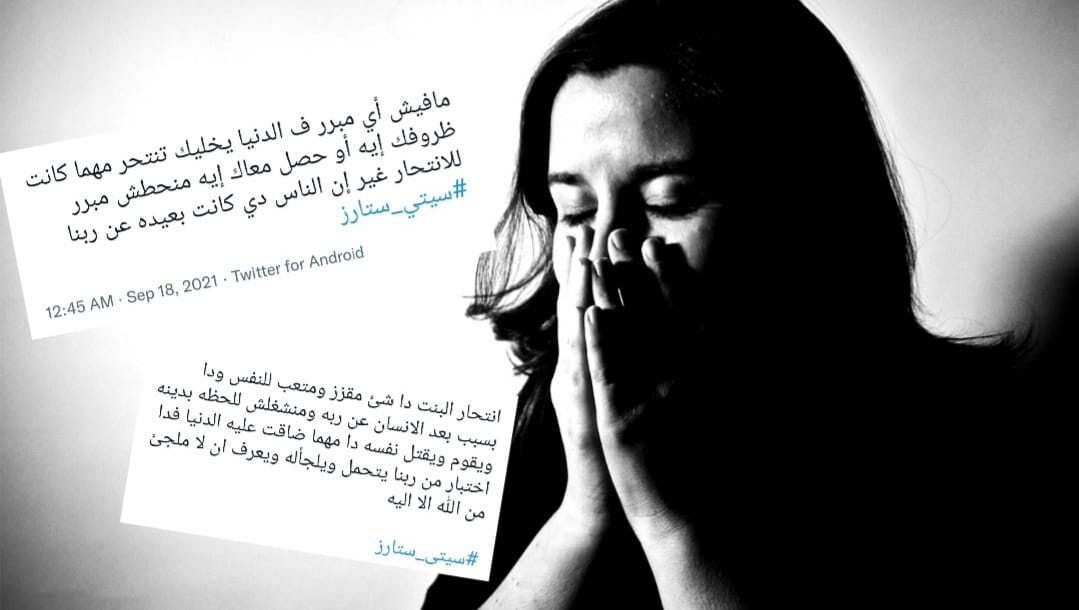 September is Suicide Prevention Month, a month mental health organizations and activists use to spread awareness on the importance of mental health and help prevent suicides worldwide.

Nonetheless, Egypt’s awareness regarding suicide does not seem promising. Unfortunately, Egypt has had two shocking suicide incidents this September. A girl died by suicide in City Stars mall. And last week, a man sadly ended his life when he threw himself under the Metro railways. We mourn the lives of both individuals and extend our condolences to both families.

What we found most devastating, however, was people’s reaction to the incidents on social media. After the hashtag City Stars started trending on Twitter, most people did express their sympathy and support. But others took it upon themselves to shame and blamed the victims.

On the other hand, comments on Facebook were much grimmer. For example, a post reporting the City Stars incident had comments that made fun of the victim, shamed her, or gloated at her death. In addition, Nafsak, a community aimed at spreading awareness over mental health, posted highlighting mortifying comments from it here.

Major national media outlets also failed to report on the event. Instead, they continue to spread outrageous stereotypes about people suffering from mental illnesses.

It seems like we failed on so many levels. When we should be asking ourselves instead of the most important question:

How do I support someone who feels suicidal?

The good news here is that suicidal thought does not immediately equal suicide. Suicide is preventable. People suffer from suicidal thoughts long before they attempt them. And that is because the body’s natural survival instinct is trying long and hard to protect it and escape illness. However, it does mean that the patient is in serious need of help and has reached a dangerous state pushing them against their survival instinct.

Listen, Do not ignore the signs

The first step in being supportive is to watch out for signs that mental health is declining. Educate yourself on mental health and become more aware of what can be red flags.  Especially if you are a parent, do not brush off warning signs as attention-seeking attempts from your teen. It probably means your child is trying to communicate something to you.

Warning signs can include: increased isolation and not wanting to go out or hang around family and friends, becoming overly quiet or overly angry, having mood swings, acting recklessly, and major changes in their routine like sleeping too much or too little. Even joking often about death and dying can be a big red flag.

Suicide is no joke and shouldn’t be taken lightly. People asking for help or that survive suicide attempts are not pretending or doing it for attention. There is a huge stigma surrounding mental health, which leads people to further isolate and face everything with a fake smile. Isn’t depression called the smiling disease? Just Feeling heard and seen can open the way for big improvements.

Being continuously let down by significant people in one’s life can only reassure lies of worthlessness that their brains are telling them. It can also increase feelings of loneliness and hopelessness. So, create what is known as a support plan or a crisis plan.

A support plan is a list that outlines how a person would want to be helped and what they can do to help themselves in a certain scenario.

Take care of yourself as well

Make sure you are taking care of yourself as well. Take breaks and reach out to your support system. Don’t feel guilty if you think it is a heavy burden, and talk your feelings out. Ask for help if you need it, and be kind to yourself. Know that you are always trying your best and that there will always be things out of your control. This will help you in your consistency too.

Therapy can be very demanding, both money and time-wise. However, therapy along with medication proved to be the most effective way in treating mental illnesses. If you can afford it, support your loved one by recommending therapy. If they are too stubborn or too ashamed to join, professionals can still help you go a long way in your support journey.

Unfortunately, in Egypt, psychology has a reputation for being a pseudoscience. Psychologists are just trying to take our money, and it is only legit when we want to give a rapist a decreased sentence. It is worse than you think! People do not like taking medication for the common cold, let alone mental illness, because the med companies are out to get us too! NO – Mental disorders are legitimate illnesses. Chemical imbalances cause them in our brain, known as our happy chemicals or happy hormones.

So when it comes to severe illness, please make sure to avoid myths or scammers pretending to be life coaches or motivational speakers. Unfortunately, self-love books and lectures are the ones wasting your money. And don’t let us start on those who use religion to scam you into ‘healing spells.’

Remember, there is always hope for anyone suffering from suicidal thoughts. So make sure to help spread awareness and support not just when it is trendy but all year long! And stay tuned for our goodbye piece to Suicide Prevention Month tomorrow. 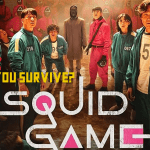 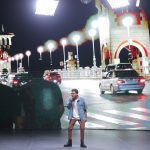