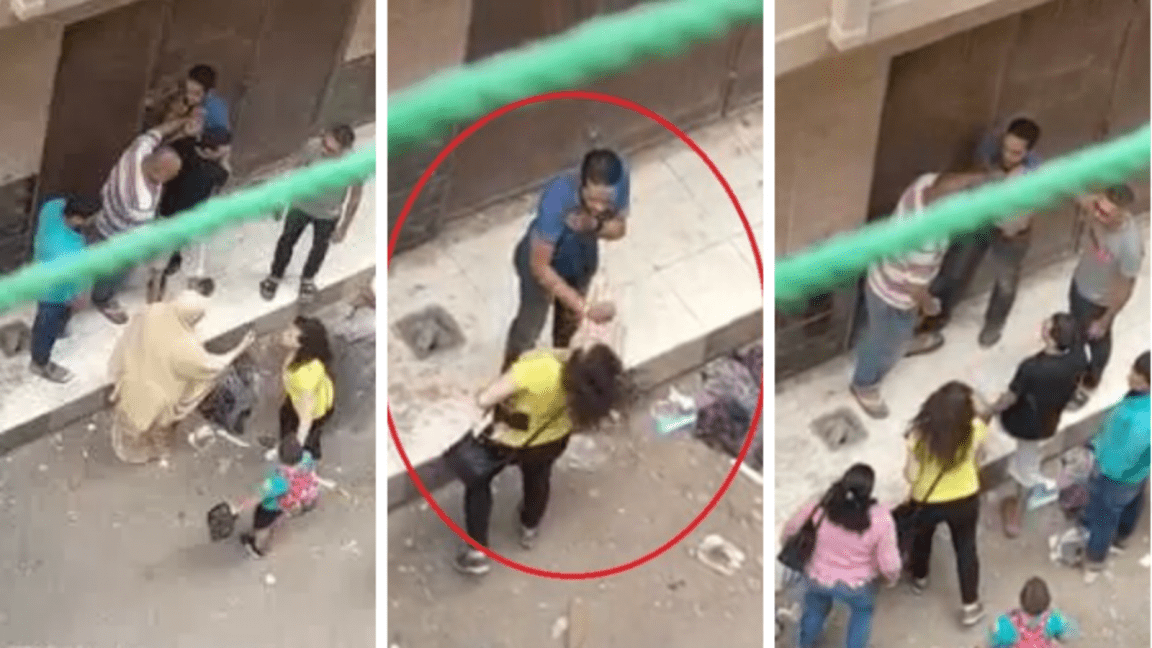 A 2-part video from Egypt circulated on social media showing a woman dealing with her harasser while having her child with her.

In the videos, a woman appeared holding a child, and a group of women surrounded her. The women are shown directing slandering at a young man standing in front of them for harassing one of them.

The woman managed to draw the attention of passersby so that someone could help them detain the harasser until the police forces arrived.

On the other hand, an older woman is seen in the video telling the woman harassed to let go of the man.

The second video of the incident shows people gathering around the harasser. At the same time, the woman’s husband beats him until people in the street managed to break the fight by convincing the husband to wait for the police.

Sadly, a woman in the building where the fight was happening decided to throw water on the woman harassed and her husband, NOT the harasser.

No information about the victim or the harasser has been out yet, but we believe with the eyewitnesses and the videos, the victim has a strong case.

It’s worth noting that Egyptian President Abdel Fattah al-Sisi issued an amendment to the Penal Code to tighten the penalty for sexual harassment.

The amendments stipulate that a penalty of imprisonment for no less than two years and not exceeding four years shall be imposed on any harassment.

Said harassment includes being in a private or public place as well as sexual innuendo. 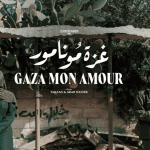 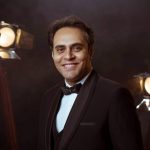