Jamila & The Other Heroes’ new single powerfully reimagines what the Middle East could look like.

‘BORDER SYNDROME احلام بلا حدود’ lives up to its name, as lead singer Jamila Al-Yousef embraces her Palestinian roots and asks what the Middle East would look like with no borders.

It’s a powerful concept backed up by a powerful sound that blends together a thrilling mix of Psychedelic Rock, Hip Hop, Middle Eastern & Westafrican rhythms and melodies. And the track pays further homage to the greats of music in the East and West including artists such as Dina El Wedidi, Erykah Badu, Akua Naru, El Morraba3 and Fatuma Diawara.

The lyrics are inspired by a direct incident at a music gathering in Sinai last year. Jamila initially wrote a poem and then turned that into ‘BORDER SYNDROME احلام بلا حدود’: and the poetry is clear in the lyrics that have a real flow and an important message.

The lyrics resonate with purpose and clarity, creating a powerful and open message backed by their unique musical sound.

to live in freedom of moving souls and healing hearts

but further than stars“

‘BORDER SYNDROME احلام بلا حدود’ is the follow up to ‘YABA يابا‘, both of which are part of a concept double single.

About Jamila and The Other Heroes

The band was formed in 2016 by lead singer Jamila Al-Yousef after a magical concert by Erykah Badu and Hiatus Kaiyote in New York. Jamila was born in Berlin on the day when the all came down and is the daughter of a Palestinian doctor. She has been very engaged in the Middle East for over a decade. She established the Arab* Underground program at Fusion Festival which brought hundreds of Middle Eastern artists together including Yasmine Hamdan, Toot Ard and Talal Derki.

The five members of the band all have one thing in common: their youth was heavily influenced by rock and hip hop music. To achieve their unusual sound, they take inspiration from a variety of musicians including Yasmine Hamdan, Aziza Brahim, Hiatus Kaiyote, Tony Allen, Novos Bahianos, TootArd and Altin Gün.

The band has toured in Germany, the Middle East and North Africa in the past four years. Sonically, they merge psychedelic rock with elements of funk and Arab folklore to create their own distinct sound: PSYCHEDELIC DESERT FUNK. 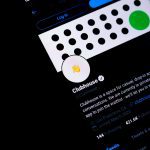