Egypt’s Taekwondo team is making the Egyptians proud! Hedaya and Seif Eissa made it to the first 2 Egyptian medals in Tokyo Olympics 2020.

Let’s have a look at their journey.

Being “the first” to anything is exciting. Do you ever remember, in school, being the first to finish your work? Hedaya is the first Arabian Olympian to achieve 2 medals in 2 successive Olympics. Let’s see what she did.

Malak took up taekwondo aged six, following her elder brother; her younger brother joined her. She ranked first in the Giza governorate championship before winning Egypt’s championship at 14 years old.

She qualified for the 2016 Summer Olympics in Rio de Janeiro, ranking third in the WTF Olympic Rankings as of December 2015. Malak passed through the early rounds, defeating Doris Patiño and Mayu Hamada before losing out in the semifinals to Eva Calvo of Spain. Malak then won the bronze medal after defeating Raheleh Asemani of Belgium in the Repechage.

Until this moment, She has qualified to represent Egypt at the 2020 Summer Olympics and got the first Egyptian bronze medal after winning the game against Paige Mcpherson of the USA.

Egypt’s Taekwondo fighter Hedaya Malak after beating Wiet Henin and then losing from Lauren Williams with 13-12. She smashed Malia Paseka of Tonga 19-0 in the Women -67kg repechage Today.

It ended by winning a Bronze Medal against Paige Mcpherson of the USA today. Today, 26th July, the game was played at 14:00 CLT Cairo local time (12:00 GMT).

Achieving the first Olympic medal in your career at the age of 23 is an outstanding achievement we are all proud of.

But any outstanding achievement has an inspiring story behind it. Let’s know it.

Seif Eissa (born 15 June 1998) is an Egyptian Taekwondo practitioner. He won a bronze medal at the 2014 Summer Youth Olympics, held in Nanjing, China.

In 2020, he competed in the men’s 80 kg event at the 2020 African Taekwondo Olympic Qualification Tournament in Rabat, Morocco. He qualified to represent Egypt at the 2020 Summer Olympics in Tokyo, Japan.

Seif won the game against Italy’s Simone Alessio with 6-5 and Australia’s Jack Marton with 11-1. It ended today by winning the 2nd Egyptian Bronze medal in Taekwondo and the First Olympic medal for Seif Eisa.

I hope people now in Egypt are happy with what I and Hedaya Malak achieved. It was the Egyptian’s dream since the start of the Olympics. We were playing for the Gold medal but that Bronze medal is great too as it was what god wanted to happen at the end of the day. I wish all the other Egyptian Olympians best of luck in their matches 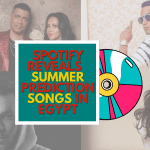