David Blaine redefines magic once again for an unprecedented live event at a time when the world could use a positive distraction. Bringing wonder, hope and untethered possibility, David tackles his most ambitious and revolutionary feat yet.

The illusionist has successfully completed his latest stunt, Ascension, in which he flew over the Arizona desert using helium balloons. The stunt was originally planned to be New York, but was to Arizona because of weather concerns and logistical issues.

Blaine used around 50 helium-filled balloons to complete the stunt.

The 47-year-old partnered with YouTube Originals for the feat dubbed “Ascension,” which Blaine said was inspired by a desire to do something beautiful for his young daughter, Dessa, 9.

The stream began at 9 a.m. EDT, but Blaine didn’t leave the ground until about two hours later. Within 40 minutes, he rose a height of over 19,000 feet, where the oxygen level is around half that to be found at sea level. He eventually reached a height of 24,900 feet and then parachuted to the ground. From lift-off to landing, Blaine completed Ascension within an hour. 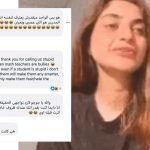 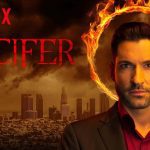