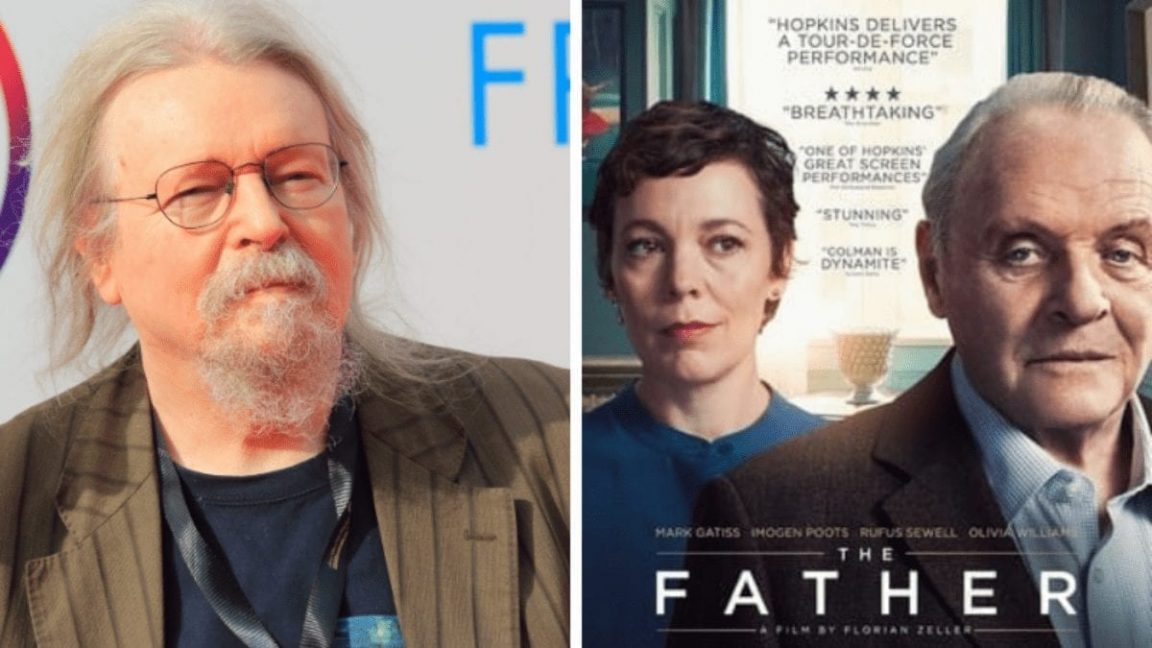 While we’re always used to Cairo International Film Festival bringing us top filmmakers from all over the world, this year amidst the pandemic, they managed to get one of the biggest names in the industry – Sir Christopher Hampton.

During Sir Christopher Hampton’s visit to Egypt, where he was given a Lifetime Achievement Award at the 42nd edition of Cairo Internationa Film Festival, we had the pleasure to interview him and talk about his work, and the opening movie for the festival, The Father.

Christopher Hampton is an English playwright, screenwriter, director and producer.

Born in 1946 in Portugal, he spent his childhood in Aden, Egypt and Zanzibar, then studied French and German at Oxford University. He was the youngest writer ever to have a play staged in the West End, and in the late 1960s, was resident dramatist at the Royal Court Theatre.

His stage plays include When Did You Last See My Mother (1966), performed at The Royal Court Theatre, Total Eclipse (1968) about the relationship between Rimbaud and Verlaine; the comedy The Philanthropist (1970); Savages (1974) and Treats (1976).

His screenwriting credits include translations of classics such as Ibsen’s A Doll’s House (1970); Tales from the Vienna Woods (1977) and Moliere’s Tartuffe (1984), and his television work includes The History Man for the BBC, The Ginger Tree (1989) and Tales from Hollywood (1989).

In 1985 he wrote the play Les Liaisons Dangereuses, adapted and translated from the novel by Choderlos de Laclos, and later adapted this as a screenplay.

The resulting film, Dangerous Liaisons, was an international success and won many awards. He also wrote and directed Carrington, about the relationship of Lytton Strachey with the painter, Dora Carrington.

Other work includes the stage adaptation and co-wrote the lyrics for Andrew Lloyd Webber’s Sunset Boulevard, and the recent screenplay for the BAFTA-nominated film, Atonement (2007), for which he was nominated for the Academy Award for Best Adapted Screenplay.

It’s not every day that you can have the opportunity to interview someone like Sir Christopher Hampton; an academy award winner, one of the best writers in history whos also a sir and a knight.

Not just that, but you also get to ask him about someone like Anthony Hopkins and truly understand how he works, and we even discussed Brexit’s effect on European cinema.

Let us start by asking, how do you decide on what to write or work on?

I started by writing the original narratives of my own, and then I found that I enjoyed adapting.

It has to be something that I’m feeling emotionally involved with myself, or I can’t do it. I can’t just do it professionally. I have to feel it.

But I do like to move between all the different genres. I like writing comedy, drama and even musicals. 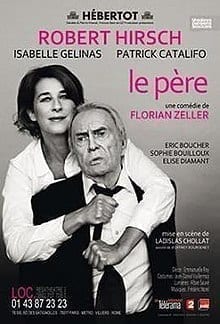 The Father is an adaptation of Florian Zellers play, Le Père. How was it to adapt the original story made for a play and turn it into a movie?

With something like The Father, it was kind of there. So it was just a question of not putting it out there, and not making a mistake.

I think the general principle is that the better the piece of work, the less you have to do with it.

I mean, some novels and so on that I’ve adapted have been problematic, or they’re not very good, or the plot doesn’t quite work, and then you can change it.

So you don’t need to change much of the story when you’re making a movie adaptation?

You know, I did have a musical adaptation of Sunset Boulevard and the biggest compliment that my co-writer, who wrote the lyrics with me and I received was from Billy Wilder.

Wilder came to see the show, and afterwards, he said “You boys were very clever. You didn’t change anything!”

You don’t need to change things if they’re excellent, but you do have to pay attention to the differences between the genres.

You must know, between theatre and film and novels and so on. They all have their dynamic and their own rules.

So what changed during the adaptation of The Father?

I have to say there’s nothing in the film that isn’t in the play.

We just had the opportunity while working on the film to stop and look at things and contemplate for a moment, which you don’t have in the play. Play are just actors in a room.

But there are things in the play that aren’t in the film?

Yes, we did cut quite a lot of the play. Then in the editing, we cut some more.

Sometimes writers are very defensive, and they say, “Oh no, it must have that because this is a crucial thing,” but Florian has a terrific instinct for that.

He has a good instinct for what works dramatically and what doesn’t. So one of the things I like about this film is, there’s nothing in it that seems wasted.

Let us talk more about the character, Anthony. The character is so complex, with many negative qualities, yet he’s very vulnerable.

How was it working on this character? And how did you manage to make people sympathise with him rather than hate him?

I think we were aware of the dangers.

When we started to talk about it, I said, “you know, there’s a way of doing this,” which is more extreme. For example, you could shoot the main character in a scene and then you could turn around and shoot the reverse.

See what he’s seeing and makes it something completely different; different people, people turning into one another, or the room changing.

We could have done any of those things. And we talked about them all. But in the end, we decided to keep it like it is.

That everything was very delicate.

There was one scene, which wasn’t in the play, where he was in a dream. We talked about that for a long time to make sure that it wasn’t outside the tone of the play, and to keep everything consistent.

Now let’s talk about the other Anthony, Anthony Hopkins. You’ve worked with him several times over the years.

How did this come about, and how far have you both progressed?

Funnily enough, I met Anthony through the actor Victor Henry. Victor has been the star of my first two plays, and he was Anthony Hopkin’s roommate during that time.

They both were very wild in those days.

There was a lot of drinking and partying and so on, and, I used to hang out with them a bit. Victor, of course, I knew very well.

And then, I got the chance to do my first film, “A doll’s house,” but it was a very low budget film, where I could have one exterior. 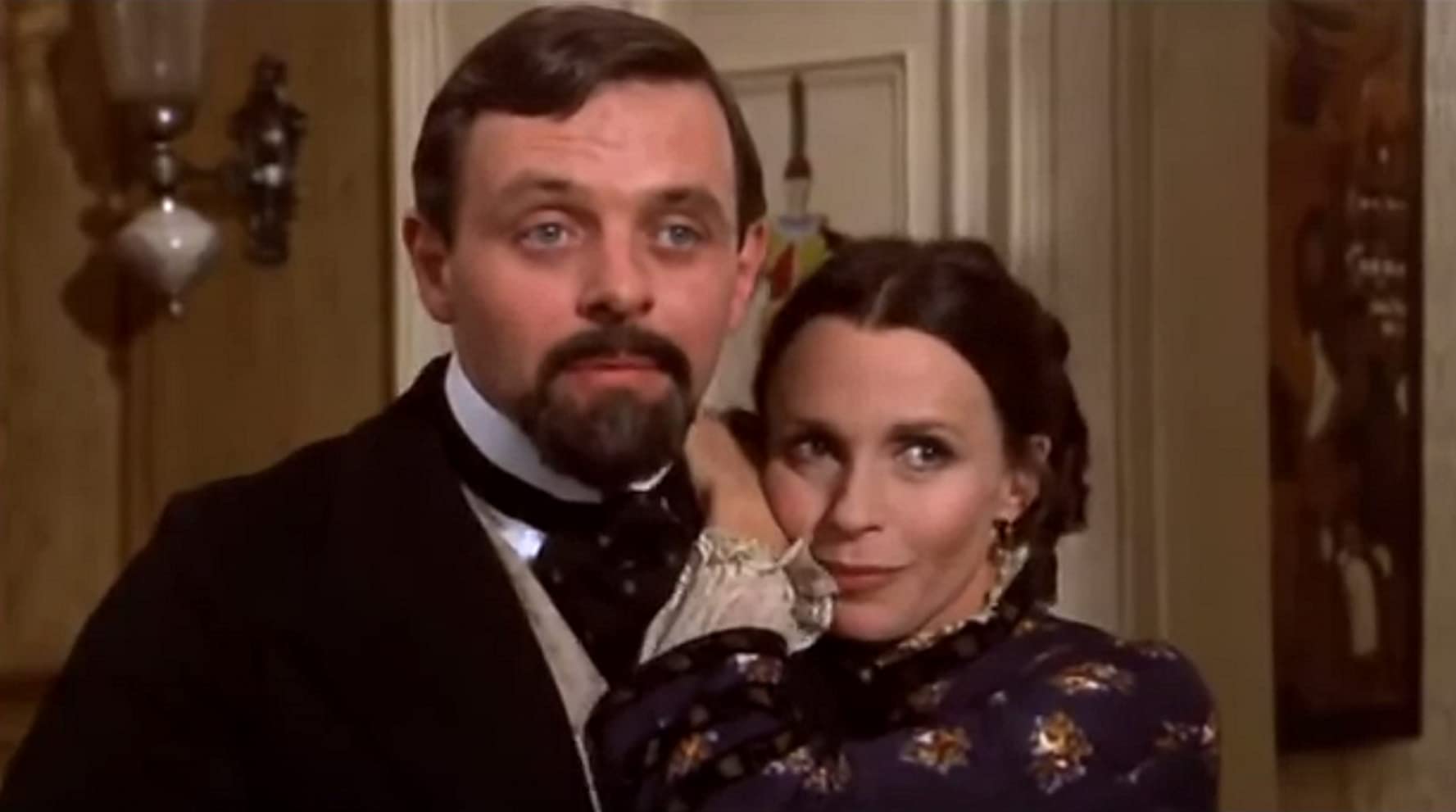 It was like working on a play again, yet, Anthony gave this remarkable performance. I mean, he was marvellous in it, and he was then about 30.

And then I did a film with him called “The Good Father” in the eighties, which was about, which was a bit like an English Kramer vs Kramer. And again, it was a really intense performance.

He’s sort of incomparable as an actor. No one like him absorbs it entirely and then gives it out again, and you can’t see that. You can’t see the processes.

He’s, he’s just there, and he’s very relaxed on set. We’d be sitting in laughing about some memory of 40 years ago, and then he’d get up and do it. He’s got a fantastic technique.

You’ve lived in Alexandria in Egypt, and later in Hong Kong and Zanzibar during your childhood.

And now through your career, you’ve been working in various countries. How did your travelling affect your work?

Well, I’ve always been very interested in breaking down those borders. So I’ve worked in all kinds of places.

I guess from my childhood. I got the habit of travelling. I very much liked the idea of showing how we share this common humanity, and we’re not different from one another.

This is why for me, Brexit, which officially happens the end of this month is a disaster.

Because it’s important to me so important that nations and countries come together and absorb one another’s culture.

Also, in Britain, there’s a very insular culture. There are very few people who are interested in saying, “look, something is interesting happening in Germany or France“.

Or anywhere in the world. They don’t really beat at that door. For example, when you come and say, “look, I’ve found this writer called Florian Zeller, and I’d like to put on this play.”

This is why when we put The Father on for the first time, we had to find a studio theatre, which was out of London in Barth.

We put it in a hundred seat theatre – a tiny theatre because no one wanted to take a risk on, on a foreign writer.

For one reason or another, I’m the only person in the, in the theatre in England, who’s really interested in making it broader and absorbing Europe and absorbing the rest of the world. 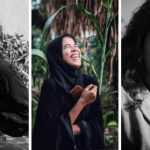 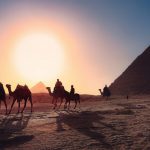