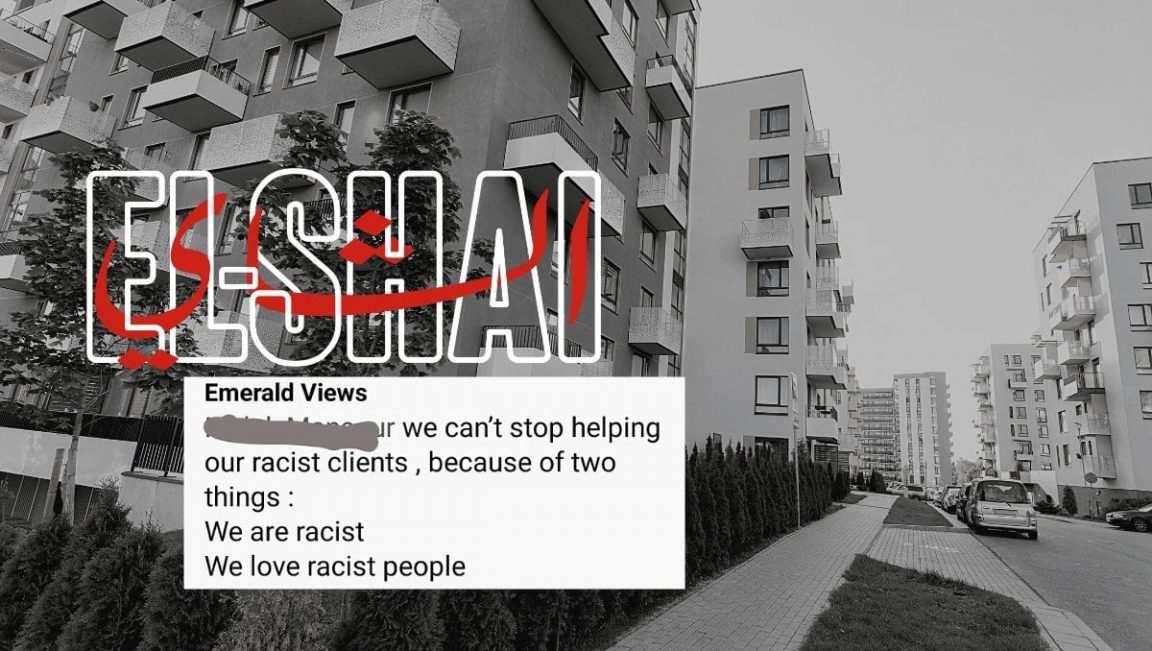 Considering the events that have been happening around the world regarding racism, you’d think people would have developed a new and clearer perspective.

People still choose to hold on to their outdated and borderline stupid ideas. And of these people, there’s Emerald Views.

Emerald Views for real estate portrayed that immensely and with no shame. They have an apartment up for rent on a Facebook group named “Zamalek Property Rent/Sale”. 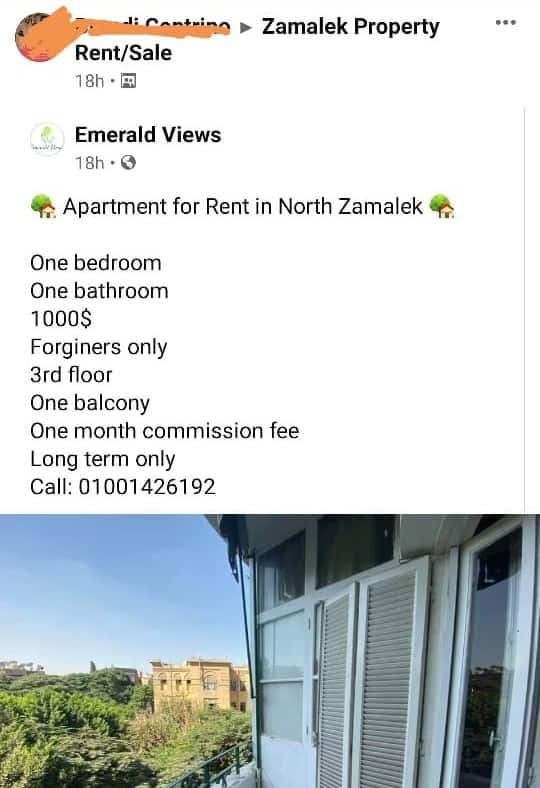 They started showing their racist nature when they mentioned in the details they are looking for “foreigners only”.

This was their response: 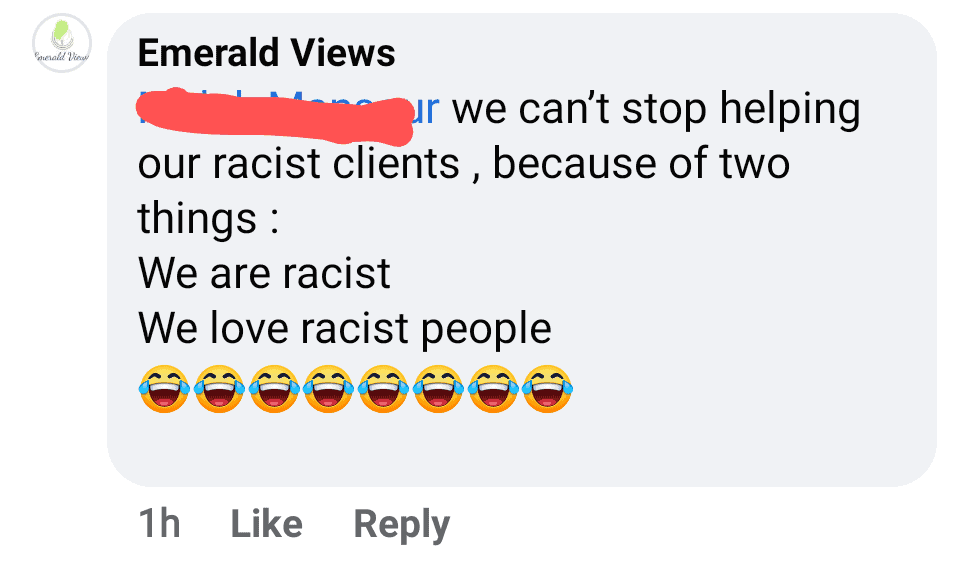 Yes, they are supporting their racist clients. And yes, they confessed to being racist themselves.

We know what you must be thinking, right now. It has come to that, people!  They are supporting racism proudly and without shame like it’s the most normal thing in the world.

And no, it does not stop here.

They’ve decided to take their stupidity and “proud” racism a tad bit far. They started shaming other Egyptians, and called them “trash”. 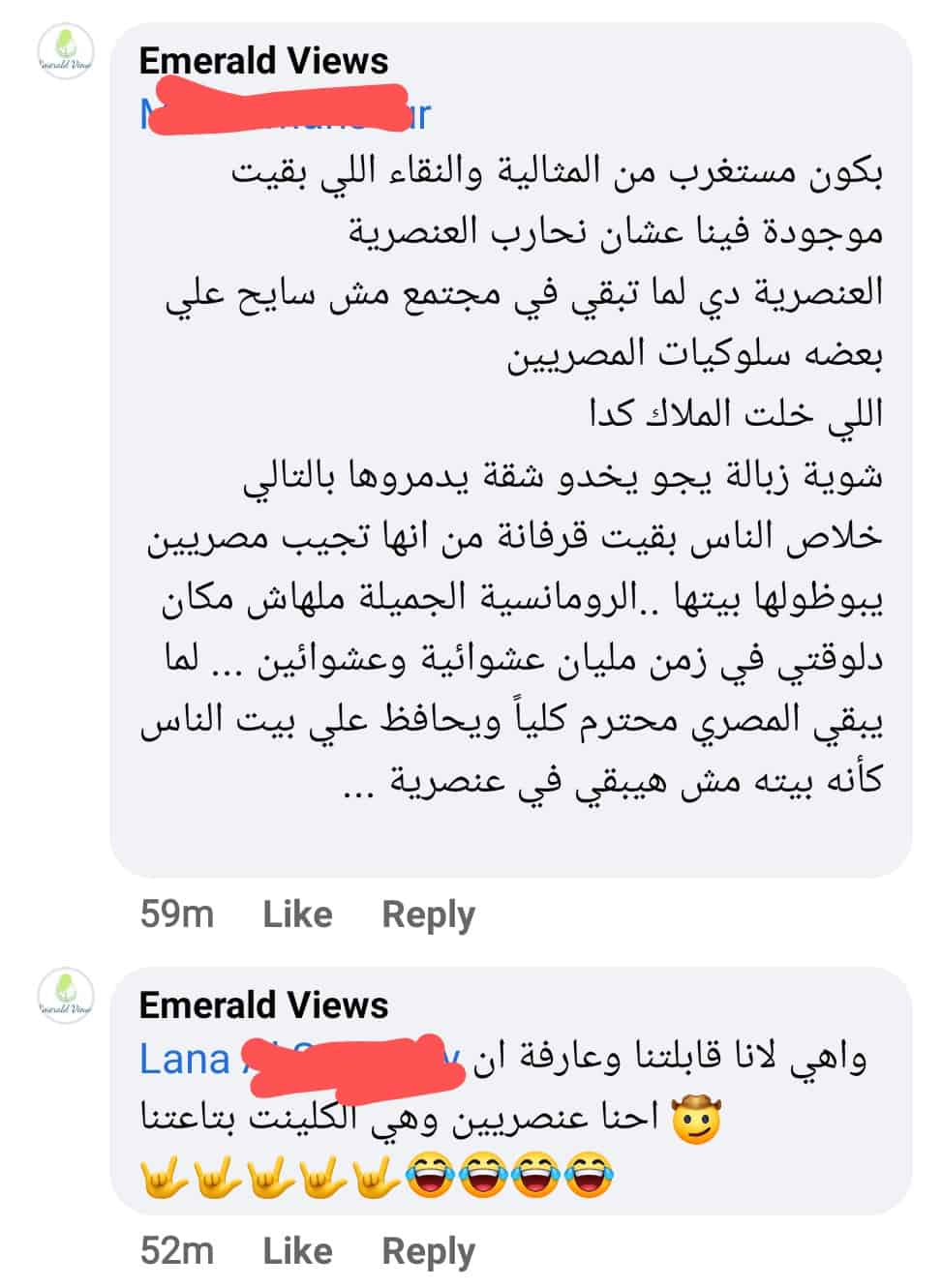 They generally talked about how Egyptian people do not know how to take care of others’ homes, calling them “trash” in the process.

If one thing is more annoying than racist people, it is the audacity! This much confidence they’re speaking with like that’s how all people should think. They see no issue in the way they’re portraying their “totally normal and classy” view of discrimination.

Words can’t even begin to describe how disgusting this is

This video is the epitome of the stupid way of thinking; we witness in our daily lives. And here is why:

He is saying that her comment was “strange” and that she should educate herself about what racism means because what he is doing is not racist!  Another thing he states is that Egyptians are uneducated and “عشوائيين”.

Now, let’s see why that is stupid. The first point, it contradicts to their comment of “We are racist”.

The second and most crucial point is that according to Oxford, the word racism means: The inability or refusal to recognise the rights, needs, dignity, or value of people of particular races or geographical origins.

See Mr big CEO; Oxford defines racism as precisely what you do and say

He mentioned that he prefers foreigners over Egyptians. If that’s not classic racism, I don’t know what is.

For a CEO, he sure isn’t that bright.

I do not care for excuses or explanations. Racism doesn’t have any room for opinions. What we witnessed here is classic racism and discrimination. It is entirely unacceptable. Trying to say otherwise, is pure stupidity. Period. 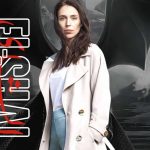 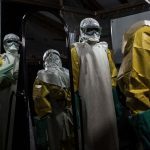