Al Qamzi Developments unveiled its strategic expansion plan in the Egyptian market and the injection of investments worth EGP14bn in the span of 4 years.

Al Qamzi Developments, according to chairperson Abdullah Al Qamzi, has started already the implementation of its expansion strategy in the Egyptian market, as it is set to launch two projects in New Cairo and North Coast and seeks to obtain a plot of land in the New Administrative Capital in the span of 4 years.

Al Qamzi Developments is a United Arab Emirates-based entity that was founded back in 1997 and specialized in contracting and executed a plethora of megaprojects across the UAE, he explained.

The company decided to expand abroad in 2010 and picked the Egyptian market because it believed that this market has stamina and lots of promising opportunities.

“The company began to expand even during Egypt’s turbulent times in terms of security and political stability because the company is convinced that the Egyptian market is resilient enough to boom and recover again.

When President Abd El Fattah El Sisi took office as president of Egypt, the Egyptian state started to carry out comprehensive developmental projects, launch epic projects and improve the investment climate in the country. Since then, the company decided to go ahead with its expansion plan and kicked off colossal projects to keep pace with the Egyptian state’ plans and orientations.”

Chief executive officer at Al Qamzi Developments Yasser Zedan, said that the company eyes more investments and expansions in East Cairo in the next four years, and plans to turn to West Cairo later on, as it has a comprehensive expansion plan to carry out nationwide.
The company kicked off constructions of New Cairo’s project consisting of a residential compound “villas” encompassing integrated services, as the project is executed using world-class constructions and the latest designs.

The company’s second project spreading over 204 acres is in North Coast’s Dabbah, he added.

Owing to its staunch belief in specialization and the experts’ outstanding role in adding valuable products to the real estate market, Al Qamzi Developments adopted new thinking with a particular emphasis on forging alliances with top specialists in the advisory sector, real estate marketing, and designing Chairperson of Al Qamzi Developments Abdulla Al Qamzi disclosed in a press conference the strategic cooperation binding the company with New Avenue Real Estate to conduct consultancy and marketing studies for the company’s projects, namely the New Cairo Project.

New Avenue Real Estate chairperson Ahmed El Desouky said that tying up with Al Qamzi Developments will add new value to the Egyptian real estate market: awarding contracts to specialists, while prompting the developer to focus on funneling full expertise to serve the purpose of upgrading development and purchasing plots of lands, as marketing consultants may start then to engage in collaborating in regards to the generation of new value-added product catering to customers’ needs, together with laying down marketing and pricing plan.

Al Qamzi Developments (AQD) holds splendid expertise and a tracking record in areas of building and reconstruction in the United Arab Emirates.

Also, AQD is ambitious enough to draw up an expansion plan for the execution of upscale projects and alluring clients, here and abroad, helping thus to keep pace with the state’s plan for exporting properties.

“Upon finalizing its designs, New Avenue Real Estate started off New Cairo project consisting of 230 villas with varied sizes and will begin marketing the project soon, as the company seeks to sell its entire units one year and a half following the launch,” said he. 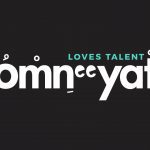