As part of its mission to nurture talent and support content creators to discover more opportunities that highlight their skill, TikTok, the world’s leading video and entertainment platform, announced its sponsorship of the 43rd edition of the Cairo International Film Festival, which will be held from November 26th to December 5th.

The festival will be attended by several distinguished movie stars, actors, and local and international filmmakers.

The sponsorship comes in line with the platform’s commitment to creating a positive and safe in-app environment that allows creators to explore new talents and feel inspired.

Therefore, TikTok announced the launch of #FilmOnTikTok competition for users to share their talents in conjunction with the festival.

Winners in each category will receive a valuable prize, in addition to being honored alongside movie stars at the closing ceremony.

The platform has called for its wide range of content creators to showcase their filmmaking and acting talents by producing an innovative, original and creative film of no more than three minutes in duration and with a clear and innovative narrative description.

Through this competition, TikTok believes that it will open up great opportunities for content creators to dive into the film making and acting industry and connect and interact with local and international film industry leaders, critics, and key professionals.

Participating films will be filtered into three stages: the first stage, the top 100 videos, will be selected according to the number of likes, shares, comments, and views on TikTok.

As for the second stage of the competition, the videos will be evaluated by a jury committee formed by the Cairo International Film Festival and subject to special supervision consisting of experts, where they select 10 videos from each category.

The filtered videos will then qualify for the third stage of the competition, where the videos are promoted and announced on the platform for users to vote on in each category.

“TikTok has always been keen on discovering unique talents through its platform, and there are already several users who became stars when their content went viral on TikTok, allowing them to reach a larger audience. And today, we are still determined to follow through with what TikTok has started in providing opportunities for its talented users in every field to reach their dream.”

“There is no better opportunity than participating in an international film festival that is highly regarded, such as the Cairo Film Festival, to showcase talents that have potential in the acting and filmmaking industry. We are also expecting huge participation in the competition from various content creators on the platform, and we’re excited to see all the creative work the participants will share.”

TikTok will also be participating in activities at the Cairo International Film Festival by hosting a session featuring several industry experts and communicating directly with its content creators. Furthermore, the platform will exclusively Livestream all the festival’s activities on the official page of CIFF, broadcasting all activities, workshops, opening and closing ceremonies via TikTok for our users at home to tune in. Keep an eye on our #FilmonTikTok and Cairo Film Festival through the following link. 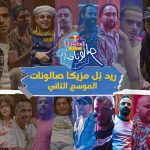 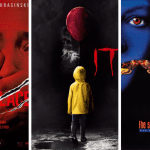