The Star Sedky Sakhr wows us all in his new music video Beid Bel Agwa. Showing off just how multitalented he is, Sedky sings and plays six instruments, the tambourine, tambura, harmonica, ukulele, electric piano, and the bells.

There’s no denying that Sedky ditches the traditional route and takes a more unique and distinct approach. It’s completely different from what the Egyptian public is used to – so it’s exciting to see how it will be received.

The clip is produced by OffBeat, which creates content for music production, fashion, and cinema.

Sedky has recently participated in a podcast called, Madalat Saqra which is available on Anghami now! Sedky plays the role of an Egyptian mountain climber who joins the character Faisal on an adventure in Saudi Arabia.

The Series Ansaf Maganin plays the character Hazem, a fine-arts graduate working in graphic design. He plays the cousin of Asmaa Galal. As they develop a close relationship, they face a series of unfortunate events they need to overcome.

Sedky is also famous for his role in the series B100 Wesh, which received massive success in Ramadan, Kol Isbwe Youm Gomea, and Let La2 – a series supporting women’s rights and praised for tackling important societal issues.

He also sang and voiced the knight’s character in the first Egyptian animated film, The Knight and the Princess, in its English version.

Sedky Sakhr is an actor and musician. He started voice- performance acting on a radio show with Lubna Abdel Aziz when he was just 15 years old! He was also a member of the theatre group Al-Tami of its founder, Salam Yousry, since 2003.

He also played several roles in drama series, the last of which are Zay El Shams and “The Community Part Two.”

He is also a musician on the “Choral Project,” which entails a series of songwriting and performance workshops. 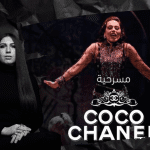