The series features special appearances of Arab talents such as iconic actor Khaled El Nabawy, and others.

The series portrays the beloved character “Ola Abd ElSabour”, and her adventures after her first appearance in the groundbreaking social drama series “I want to get married – Ayza Atgawez” ten years ago.

“Finding Ola” features the story of the mother and pharmacist “Ola Abd ElSabour” who is trying to cope with the fast-paced world while working hard to rediscover or rather reinvent herself. Ola’s life is torn between her responsibilities and her attempts to bring back love in her life.

“Finding Ola” is directed by Hadi El Bagoury, starring Hend Sabry who will also be the Executive Producer for the first time, and her company SALAM PROD., in cooperation with Partner Pro & Executive Producer Amin El Masri. The show is influenced by the main characters of “I want to get married – Ayza Atgawez” series, which was written by Ghada Abd El Aal. “Finding Ola” is written by Maha El Wazir and Ghada Abd El Aal.

The production of the series commenced in late January 2021 in various locations in Cairo, ensuring health and safety measures for all staff members.

Finding Ola reflects Netflix’s commitment to investing in Arabic content and supporting Arab female film icons. “Finding Ola” is a new Egyptian drama show from the Middle East, in addition to “Abla Fahita: Drama Queen” series which features Abla Fahita, Caro, and Body which is set to be released in 2021. 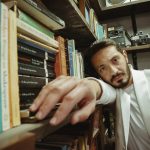