The star Mohamed Abdel Rahman has finished rehearsals for the play “Shamseya we Arba3 Karasy”, scheduled for the first time in the North Coast at Marina 4 Theater next Thursday.

Other stars will participate in the play like Ashraf Abdel Baqi, Osos, Mohamed Anwar, Merihan Hassan.

The play is written by Karim Sami Kims and Ahmed Abdel Wahab and is directed by Ashraf Abdel Baqi.

The play takes place in a compound on the North Coast, where a strange package arrives in the family’s villa, and with it, a state of conflict begins. Still, in light of these tense events, Zaki “Mohamed Abdel Rahman,” a bank manager, arrives to visit the family; things get complicated. A series of exciting situations follow in a light comedic framework.

Muhammad Abdul Rahman had announced the events of his work entitled Faisal X Abu Kleibs, a series starring him and produced by the company.

The Producers are in collaboration with Lagoonie Film Production, and the company will reveal the details soon.

It is noteworthy that the most recent work of Mohamed Abdel Rahman was the series “Elsherka elalmaneya le mokaf7et elkhawareq: Gamgum we Bembem”, which has so far topped the watch trends on Shahid platform and won the award for the best online series in the “Best 2020” referendum for Lushwasha.

Mohamed Abdel Rahman is considered one of the most important comedian stars at present, since its launch in “masra7 misr” to his latest current work, where he achieved great success in cinematic and dramatic works in the last period, such as the movie “Elkhetta El3ayma” Gamgom and Bembem, less Baghdad, Al-Wad Sayed Al-Shahat and others.

In addition to receiving the award for the best online series for the series Gamgoom and Bembem in the poll of Washwasha magazine, he also won the award for best actor for the movie “Elkhetta El3ayma” in the poll “Negm El3arab.” 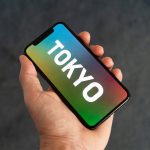 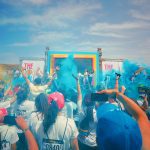