After OSN posted the teasers, it’s been announced that Lebanese heartthrob Nicolas Mouawad will be one of the new hosts of “A3det Regala” third season, along with Syrian actor Qays Sheikh, and Egyptian actor/singer Khaled Selem.

A3det Regala’s third season will air on OSN September 26th. The pre-recorded show was filmed during July 2020, and some of the guest stars will include Asala, Nelly Karim, Nadin Nesib Negim, and everyone’s favourite diva Fifi Abdo!

We can’t wait to be sipping on a cup of tea and watch that episode!

Other than A3det Regla, Nicolas is currently filming the final scenes for his new TV series “Khait Harir” alongside Mai Ezz El-Din and Susan Badr, Mai Selim, Hanadi Mehana, and Youssef Othman. The Series will be directed by Ibrahim Fakhr and produced by Synergy.

You think he’s done yet? Not quite!

Nicolas finished filming his first Egyptian movie, “Mako“, which will be screening in theatres soon.

We reached out to Nicolas to congratulate him, and ask him about his coming projects,

“2020 has been a hard year for everyone, including myself. That said, I’m optimistic that the remainder of it will be a lot better for us all. Personally, I’m thrilled to be venturing into other spaces in my career; with A3det Regala as a host, as well as Mako as my first Egyptian movie.

I hope my hard work pays out, and that all my upcoming project can at least make some people feel better after all that’s happened in 2020.”

In addition to his commercial work, Nicolas didn’t forget the humanitarian work as well.

Nicolas was officially selected as an ambassador for UNAIDS in Egypt. Through his social media accounts, he posted a PSA for getting tested early for HIV, as well as gender-based violence against women.

Nicolas commented on the campaign stating,

“My collaboration with UNAIDS has to be one of my proudest work so far. We need to use our voices to aid those in need. Especially for those who are afraid of falling into the stigma of AIDs or are scared to speak out against the violence they endure. I want to let everyone know that your voice is heard, and I support you no matter what!” 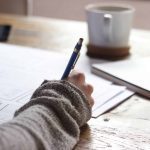 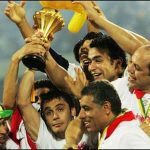