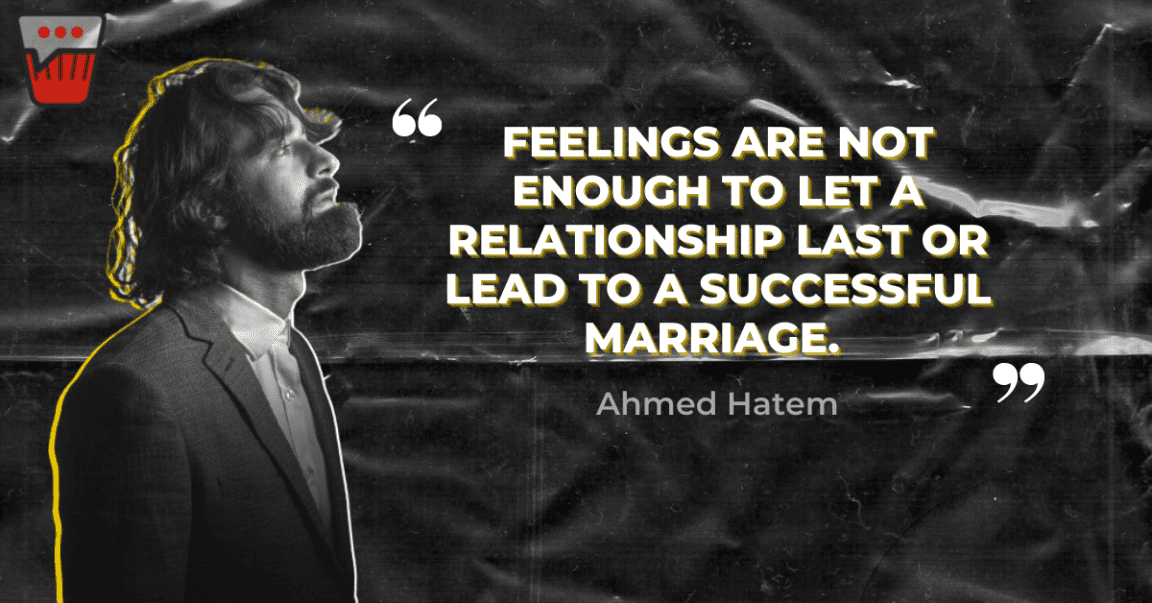 But as for Arranged marriages (Gawaz Salonat), we always ask women how they see it…

…But, how is the Arranged Marriage from a Male Perspective?

We interviewed the Star Ahmed Hatem and different male personas in Egypt. Let’s see what they said.

While in the background, the never-ending battle between the Novelists and dramatists against the arranged marriage that lacks love is on fire.

Just Bear in mind that their opinion depends on their background, culture, and lifestyle.

When we talk about arranged marriages from a male perspective, we can’t ignore the perspective of the Arousty Movie Star “Ahmed Hatem”

Whether it’s an arranged marriage or a love story, the success isn’t with the process of how it happened, but rather it’s result.

What’s most important is the continuity.

And when we asked him about love he added,

Love is not just about “feelings.” Love includes caring, and reliability. Feelings are not enough to let a relationship last or lead to a successful marriage.

We’ve all seen so many love stories that end in horrible marriages that would last just a few months.

Ahmed Hatem is an Egyptian actor, graduated from media sciences before joining many acting workshops where he proved his talent in acting. Then he took his first debut role in “Awqat Faragh,” which won a broad audience and critical acclaim.

2- 50-year-old Man who has had an Arranged Marriage

Both couples who had an arranged marriage or married for love face a significant challenge in the levels of passion and compassion. But, unfortunately, those feelings are not stable and can’t be controlled.

I see the couples who marry after a love story always experience high levels of passion early, which decrease with time and replaced with compassion.

On the other hand, arranged marriages, which numbers say that it lasts for longer periods, experience compassion in early years while passion may later increase between the couples.

A Man who has had an Arranged Marriage

As we know, mainly the arranged marriages provide equal stature, financial stability, cultural identity, so there is less chance of disputes.

We can’t control our hearts, we may love girls who are not on the same social level, which definitely will cause many problems during our life as a couple, in case we got married.

At the end, I can say that choosing the right person by your mind first, not your heart, is a good choice for successful marriages. And by time, love and passion rise, just don’t rush.

A Man who has had an Arranged Marriage

In other words, it is worth a delay that may create the possibility of more significant intellectual and emotional affinity.

Although many people say that couples from arranged marriages may lose the chance to tell their romantic movie stories to their sons and daughters in the future.

We see that there is always a chance for love in these arranged relations. It only depends upon the couple.

Time is running, and society is ruining men/women for not getting married before 30. But it’s much harder for men, as they’re the ones who should take the first step.

As a Civil Engineer, i work from 9 to 5 and the rest of the day, i sleep in the project location. I can definitively say that I have no time for my social life. I don’t even see many female engineers at work that I can talk to.

And due to lack of time, busy Working men always dip into the struggle of “Should I make money to be presentable when I’m going to meet my future wife’s father?“

or “Should I look for my future wife and just go to the places where I dream of finding her?” Unfortunately, many men can’t just do both things.

My mom always suggests me girls, she believes can be my future wife. Arranged marriages are a good option for me to get married, but i didn’t find the one yet.

We should love each other for a better life even if it is an arranged marriage.

For an Egyptian man, once you finish college and after landing a job, making money and marrying before the age of 30 will definitely be the next step on your to-do list, which you didn’t even make yourself. It’s society.

Psychologically and socially, many at the age of 30 may feel too old and too late to marry or achieve anything in life. But it’s not the real situation.

As the society requires the groom to buy a furnished apartment, gold as a gift (Shabka) to the bride and pay the mahr (dower). The age of first marriage is logically close to 30.

And as many people would love to live a love story that they can remember in the future, sometimes lack of time makes this dream remains a dream.

For young people, there is always time and a chance to look for love. Therefore, experiencing these feelings during the college years has been essential for many nowadays.

I don’t prefer arranged marriages; i think it’s risky. I prefer choosing her myself, when i see her in her normal and love her not in an arranged meeting where anything can be fake. I don’t judge the girls for it, it’s logic, but men too can fake themselves to appear gentle.

I’m still in college and have some time to make a choice. Although I don’t prefer arranged marriages, but I believe it might happen one day. But we should like each other firstly to proceed.

And matchmakers say that if somebody is faking himself to appear more gentle, nobody can be fake all the time.

While from society’s perspective, some people may think that love and passion feelings won’t last for so long, the most important is compatibility and reliability, young people are just looking for love as their first choice.

In the end, our advice is: Regardless of the way you met each other, arranged or not, that’s not the most important part, but the feelings you share. Choose the person who is compatible with you, and you both share the minimum level of attraction.

After interviewing those men, we noticed that the debate is all about when the perfect timing for Love birth is; before or after marriage? They all agree that it’s important to love your other half for a better life, and Not FORCED INTO MARRIAGE. Yeah, Romantic Men exist!

Long story short, All i need is your love, tonight. 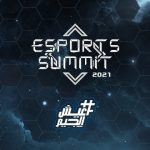 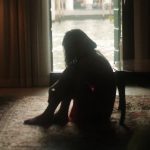