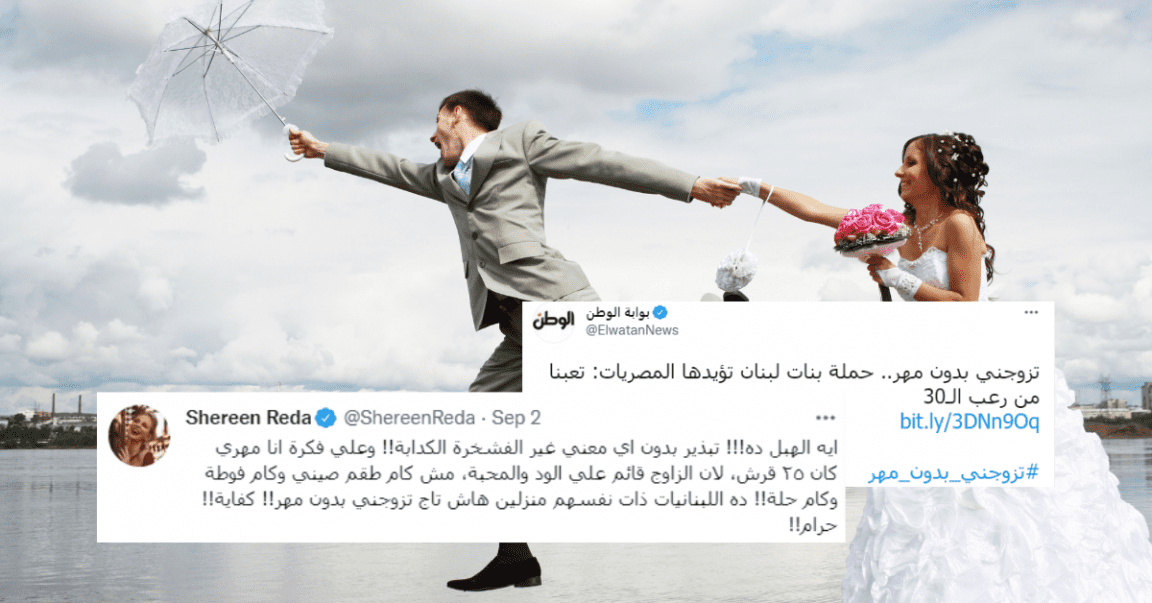 In most recent news, the hashtag ‘marry me with no dowry’ has invaded Arab Twitter. The viral hashtag was thought to be a campaign started by Lebanese feminist activists to try and ease marriage conditions and solve the issue of ‘spinsterhood’ in Lebanon.

But is this the case of the “Marry Me with No Dowry” Campaign?

Several photos of Lebanese women carrying signs and protesting were trending on Twitter under the Hashtag ‘marry me with no dowry.’ It caught the attention of men and women across the Arab world, going viral in countries like Saudi Arabia, Kuwait, and especially Egypt. Even famous Egyptian actress Shereen Reda tweeted in support of the campaign.

A waste without any meaning other than showing off! My dowry was only 25 piasters. Marriage is based on friendship and love and not how many pots and pans we buy! Even Lebanese women are now sharing the hashtag marry me with no dowry. Enough! Stop it!

Media outlets were then quick to report on the event as a legitimate campaign.

However, according to a recent report published by the BBC, the campaign is fake news!

A simple search on Twitter shows that the hashtag was not even trending in Lebanon. It started in Algeria and then Jordan but went viral when it was claimed to be Lebanese feminists. The widespread photos of women protesting were taken during the 2019 rallies calling for better living conditions in Lebanon. It also showed that the hashtag was shared mainly by men and not women.

The country has been going through a very rough patch recently! Lebanon has been under the spotlight for experiencing one of the hardest humanitarian crises. Several explosions and unbearable economic and living conditions have led people to believe that Lebanon could start such a campaign.

For example, A recent report published by DW highlighted Lebanon’s rise in underage marriages. Along with poverty, the Coronavirus pandemic and children being out of school were cited as the main reason for forcing children into marriage. Head to the full report on DW: Underage marriages.

Why was a fake campaign so successful?

Some influencers and social media activists like to hop on the next trend and use every controversy for their personal gain. Some accounts started the hashtag by using the crisis in Lebanon to increase followers to gain fame. In the end, the hashtag was successful in touching many people. Because it opened a discussion around the taboo topic of marriage in the Arab world.

Opinions varied from supporters claiming the impossible demands of marriage nowadays and calling for a more equal and forgiving environment.

Others refused the idea under religious reasons explaining that Islamic marriage can not be done without a dowry. Finally, some women rejected the idea just on the basis that men inherently can not be trusted!

And, unfortunately, Some men found it as an outlet to express their misogynistic views towards Lebanese women.

Lebanese women are famous in the Arab world for their beauty but are often stereotyped and objectified. Some Lebanese women found the hashtag degrading. It depicts them looking for an easy way out from the current crisis while using outdated misogynistic language such as calling them spinsters.

Discussing the topic of marriage in our societies openly is always a plus. But with such different angles, it seems that the discussion won’t be ending anytime soon. How about you? which side do you support? Let us know your opinions in the comments! 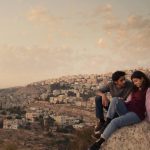 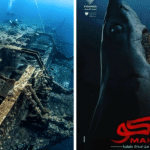