The 90s “it” couple reunited on screen after two decades, and 15 years after their very public divorce. And it was all narrated by Morgan Freeman!

The former couple reunited for a table read of the movie Fast Times, which was held to raise funds for coronavirus pandemic relief — led by the nonprofits CORE and REFORM Alliance. Jennifer played Linda and Brad played…Brad.

It just feels so wholesome to see them being friendly on screen.

Remember kids, no matter how bad your breakup is, you’ll eventually move on. I mean, look at Jen? 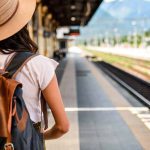