Egyptian-Luxembourgish director Adolf El-Assal is going through a different experience through a comedy-drama in the Belgian series BARAKI, of which he directed 5 episodes.

Additionally, Adolf El-Assal is preparing to launch the series next September. The series is a co-production between RTBF and Wallonia-Brussels. Luxembourg and RTBF.

The series “Baraki” revolves around an area that knows the Berthet family, and among them is Larissa, who lives with her and her tribe under one roof, and among them is Ivan. He decided to become an ordinary father after his wife became pregnant, to live his life happily. Still, there are characters such as a drug dealer, a policeman, and a stepmother who decided not to. So, how will conflicts begin and end?

Adolf El-Assal became famous after the success he achieved through the movie Sawah for the star Karim Kassem, which won more than 21 international awards, toured many different film festivals, and topped Netflix in its first launch on the platform, in addition to his fame as a filmmaker, where he participated as a producer, author, director and actor in Many of his artworks.

He was born in Alexandria, Egypt, and spent his childhood between the United Arab Emirates, the United Kingdom, France, and Luxembourg, after obtaining a master’s degree in the film industry from Kingston University in the United Kingdom in 2008. He directed his short film LA FAMEUSE ROUTE in 2011 to compete with it in more than 20 festivals.

He won 5 awards, then the short film MANO DE DIOS, which participated in more than one film festival, and in 2012 he produced and directed his first feature film, LES FAMEUX GARS, and took charge of distributing it in French-speaking countries. In more than 100 film festivals and won 21 awards, Adolf is awaiting the release of his feature film HOOPED during 2023 and directing 5 episodes of the Belgian comedy series BARAKI, which will be shown in September 2021.

Filmmakers selected under Berlinale Talents and EAVE (European Audiovisual Entrepreneur), and a graduate of Screen Leaders, Adolf is a member of the European Film Academy and works in the creative part of the Luxembourg Pavilion at Expo 2020 Dubai. 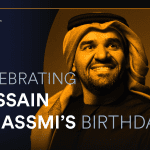 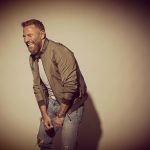