For the first time, the star Yousra and Syrian star Bassel Khaiat meet for a TV series. They are running the next Ramadan race through the series Civil War (temporary name), produced by Al-Adl Group, written by Ahmed Adel and directed by Sameh Abdel Aziz.

Bassel Khaiat will begin filming his first scenes with work in one of the districts in Sixth of October City, after an absence of nearly three years from the Egyptian drama.

Bassel Khaiat will be joined by Lebanese actress Cynthia Khalifeh as well, who will be making her first Egyptian appearance.

It is noteworthy that the last participation of the artist Basil Khayyat in the Egyptian drama was through the series The Journey, which was part of the dramatic map of Ramadan 2018.

Bassel Khaiat is one of the most distinguished actors in the Arab world. His outstanding talent and remarkable depiction of challenging roles, especially complex ones, won him rave reviews by critics and audiences alike across the Arab world.

Bassel Khaiat made his first foray into acting at eight through the children’s theatre. In pursuit of his passion for acting, he studied Acting at the Higher Institute of Theatrical Arts, to embark on his journey on stage after graduation.

Bassel Khaiat’s immense talent drove him to expand his horizons and star in TV drama. He landed his first role in a TV drama in Kan Ya Ma Kan, followed by many successful serial dramas.

After demonstrating a noteworthy talent in Syria, Bassel then set his eyes on Egyptian drama, landing in his first Egyptian TV series Neeran Sadeeqa (2013).

His exceptional performance as Qazzaf drew the attention of several TV directors in Egypt, which prompted his name to star in more Egyptian TV dramas, playing psychologically complex roles that highlighted his unprecedented talent. These include Tariqi (2015), Al Mizan (2016), 30 Youm (2018) and Al Rehla (2018).

In 30 Youm, Bassel played the complex character of Sameh/Tawfeeq that made several critics dub him “the Joker” for his fantastic performance as a villain that touched the audiences. He also played another challenging, complex character in Al Rehla, the thing that emphasized Bassel’s intensive and in-depth study of the characters he plays.

His most recent works include the thriller Al Nahat, where he played three different characters, and Ahd El Dam, where he brilliantly played the character of Selim Fayyad the young man who finds himself chased by a drug dealer who seeks to hire him as a hitman or he would lose his entire family forever.

Bassel is also taking part in the new serial drama Alam Kamel released soon on one of the VOD platforms. Furthermore, his upcoming TV drama Zel is slated to premiere on TV in Ramadan 2021. On the other hand, Bassel took part in several films, including Bab El Shams by director Yousry Nasrallah that screened at Cannes Film Festival and was selected among the 10 best movies for 2004 by Time magazine.

He also starred in El-shayatin: El-Awdah film (2007), which is based on Mahmoud Salem’s renowned book series The 13 Devils, and the musical film Selena by director Hatem Ali. 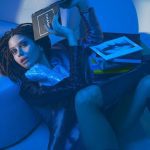 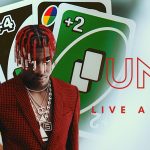