The film project ‘Ravens of the City’, directed by Adham El-Sherif and produced by Sudanese producer Mohamed El-Omda, will participate in the eighth edition of the Cairo Film Connection (December 2nd till 4th), which will be held within the 43rd edition of the Cairo International Film Festival.

Ravens of the City is the first project of the company CULT, founded by Adham El-Sherif and Mohamed El-Omda to explore cinematic experiments in the Egyptian industry.

“The film from the production side is not complicated nor with a huge budget. On the contrary, we intend to work as much as possible in a smart, productive manner and at a high-quality level.

Yes, the film was inspired by the play The Merchant of Venice by William Shakespeare, but Adham certainly added a lot to the story while writing it.”

As for the film’s progress before participating in the Cairo Film Connection, Adham says,

“The film has now reached the third draft in terms of the script, and also, perceptions of filming locations and actors have begun to be realized step by step.

Through my experience In the past ten years, I have a clear vision of executing the film visually, and I would very much like to do it with a smart and independent production.”

About The Ravens of the City:

The film’s script revolves around Gharib, a reckless rickety driver with two friends who put everything on edge when they borrow money from “Eliyahu,” a ruthless loan shark to run a famous car race in the street of the Haram area. Eliyahu agrees to lend him the money without interest. In return for cutting off part of his tongue if he delays repaying the debt.

A mistrust permeates between a stranger and his friend days before the race, so will their friendship hold up to end the adventure?

The production company CULT was established in Egypt in 2020. It focuses mainly on post-production and produces films and supporting talents, which carry a unique and distinctive perspective with global marketability. CULT emphasizes discovering and developing new ideas and talent, building a solid network of relationships with brands, and exploring new ways of thinking in the industry.

He was appointed as the head of the film program at Sudan Film Factory and Sudan Independent Film Festival.

He later co-founded  Station Films, which co-produced “You Will Die at Twenty,” shown at the Venice International Film Festival, and won the Lion of The Future award.

The company is producing independent films in Sudan, East Africa, and the Arab world. Mohamed El-Omda is currently working on the “Goodbye Julia” project, winning five awards, including the best project in development at the El Gouna International Film Festival. He also founded the Cult Company with Adham El Sherif in Cairo to open a new horizon in the film industry.

Adham El-Sherif has been an Egyptian director and writer for more than 12 years. He graduated from the Higher Institute of Cinema in 2012, after writing and directing two award-winning short films, “One of the City’s Residents” and “Behind the Door.” Then he started working as an assistant director in some feature films.

Tawila with top directors such as Marwan Hamed, Sandra Nashaat, Hala Khalil, Tamer Ezzat, and Mohamed Saqr, and in 2015, Adham began working in the field of advertising as a television advertising director, directing more than 100 advertisements, some of which were shortlisted for the Cannes Lions Festival, and received many awards in several other festivals.

In 2017, he participated as a lecturer in a filmmaking workshop with director Ayten Amin. He recently founded CULT for innovation, production, and post-production, which works on both the commercial and experimental sides. In addition, he has produced two short films for young children directors. 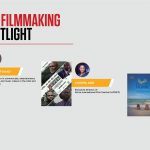 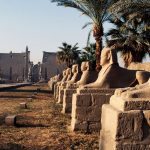