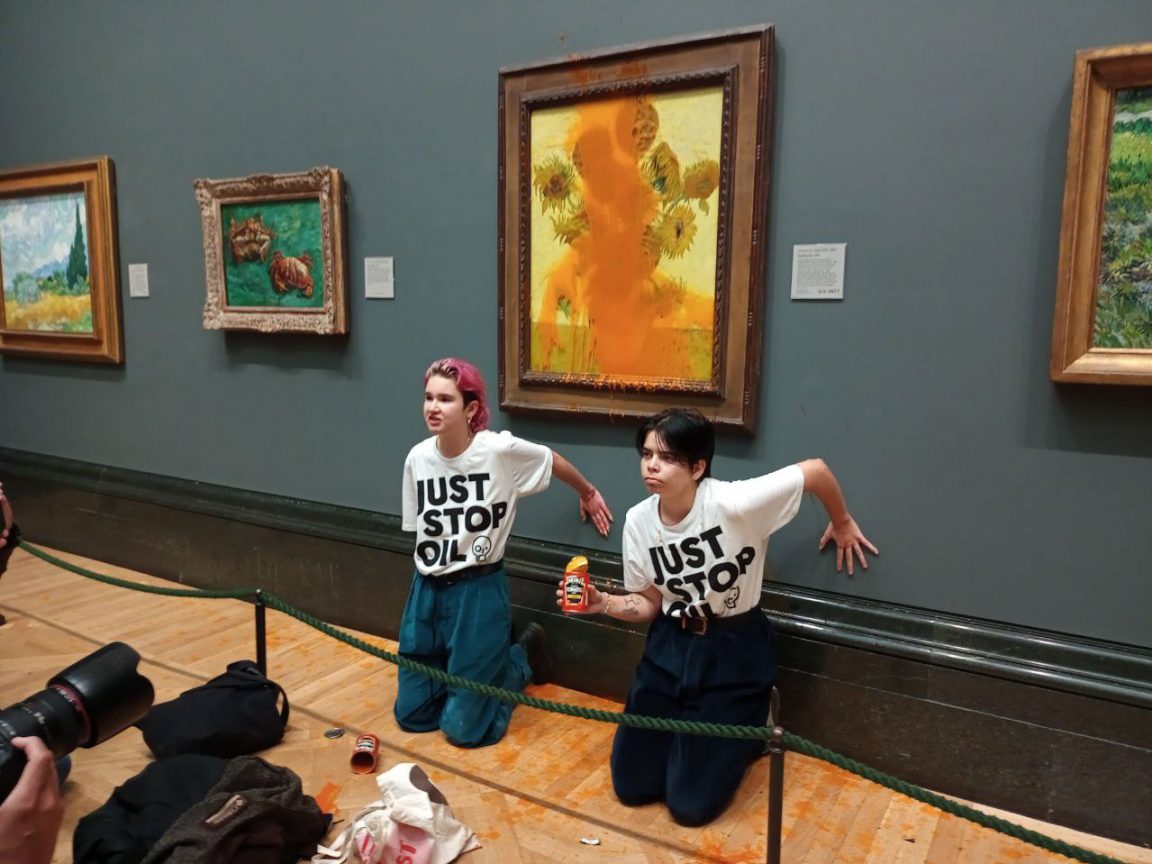 During the past month, we’ve seen multiple videos of people throwing soup or sauce cans or spray paint on artworks in museums, art galleries, and some stores and buildings. These people are from Just Stop Oil, a movement in the UK that demands the government end the use of fossil fuels.

Their most recent incident happened in the Bank of England and News Corp, where they sprayed Orange paint on the building.

So what is Just Stop Oil, and what do they claim to advocate for?

In a nutshell, Just Stop Oil is a non-governmental environmental movement run by groups working together to ensure that the government commits to ending all licenses and agreements for producing and using fossil fuels in the UK.

You might wonder who funds them. According to their website, they receive funds from Climate Emergency Fund and rely on donations from people and foundations.

In October alone, members of the group have done multiple protests. From throwing soup over Van Gogh’s Sunflowers at the National Gallery in London to climbing to the top of a bridge on the M25 motorway. In addition, They’ve defaced luxury car and watch showrooms, the headquarters of a climate skeptic think tank, and blocked roads and bridges.

This doesn’t stop there as one of the group members tried to glue his head to Girl with a Pearl Earring painting at the Mauritshuis museum in The Hague.

Their most recent incident happened in the Bank of England and News Corp, where they sprayed Orange paint on the building, but we highly doubt it’ll be the last.

The controversy around their acts

While the cause they’re fighting for is crucial indeed, how they address it and protest for it is quite controversial. Because first things first, how can you root for an environmental cause by doing another environmental damage? Throwing soup and sauce cans is a form of wasting food and resources.

Using spray paint, which is probably oil-based, is also another point of contradiction that this group is bringing.

These acts make people question whether their form of protests and publicity stunts are constructive and meaningful or just chaotic and only bring trouble to the places they target.

Since the group was founded in April, Just Stop Oil protesters have been arrested more than 1,700 times, with five members currently in prison.

The reasons behind the arrests are many. The Met Police said 26 people were arrested for wilful obstruction of the highway after the Shoreditch protest and 54 after the Westminster demonstrations. In addition, the two protesters who threw soup at the van Gogh painting have been charged with criminal damage.

Many people on Twitter and social media have expressed frustration and disagreement with the group’s series of acts.

How public figures questioned their acts

This matter of questioning and backlashing wasn’t only limited to the public; some public figures have expressed their disagreement with Just Stop Oil acts as well.

While we believe in advocacy for the environment and the fight against climate change, this duty comes with a responsibility and a sense of rationale to send the message effectively rather than causing chaos and damage that distorts the main message.

Please let us know your take on Just Stop Oil’s protest methods in the comments. 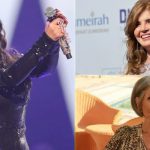 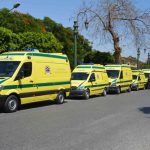