We’ve had enough of rapists around us that are hiding behind their popularity.

First, take a look at this criminal profile.

In 2010, he was charged with sexual assault and rape, and he was arrested in New York; later then, he left the USA to avoid these charges.

In 2016, Another rape incident was filed against him.

Also in August 2018, Lamjarred was accused of raping a French woman and was kept in custody.

Let me tell you what he did to his victims.

Saad Lamjarred used to take girls to his room in hotels, abuse and hit them till they bleed and faint then he rapes them, can you imagine how horrible is that?

And when a girl spoke, Lamjarred threatened her, and she hid and moved from one place to another because she was scared of him.

He was arrested and banned from travelling, and that’s when they found out about the three different rape incidents he committed.

How do the public and media deal with this serial rapist?

His hit tune ‘Lmallem’ was number 1 back then in the middle east and was the most viewed Arabic song on youtube with more than 500 million views!

This song got famous in 2015, which means after his rape accusations in 2010, and still manage to go viral!

As you can see he never held accountable by the media nor the public on what he did, on the contrary, public and media supported him that even after his arrest in 2016 he released a song and made a huge success!

Even The King of Morocco was defending him, and he paid his legal fees and freed him from prison!

YouTube promoted his videos, radio stations played his songs, and even artists supported him; for instance Mohamed Ramadan.

You know he was arrested in France, and he detained, and the police kept an eye on him; however, Mohamed Ramadan flew to him and made a song with him?!!

This song is “ensay”, and it managed to hit number 1 back then in Egypt; like seriously guys he is a rapist, how do you still listen to his songs and make him famous?

Now his new song is a hit in Egypt as well, and people are listening to it and making memes out of it, and not paying attention that this song has sexual connotations and insults to women.

Stop Being A Rape Apologist!

You’re a rape apologist when you let someone like Lamjarad be a famous person and listen to his work or even say his name.

You’re being a rape apologist when you’re part of the media and promoting his songs, and playing them.

You were a rape apologist when you flew to him specially to make a song with him, and you know he is a rapist.

You’re a rape apologist when you’re leaving this criminal living his life to the fullest and making the women around him in danger without doing anything about it.

On a side note, Lamjarred never showed any remorse or apologised for what he did neither held accountable on his actions, he just pretended it never happened, so did everyone else. But we are here to remind you that he’s a rapist

Stop making people like him famous and stop listening to his songs and make them go viral; instead, be the change and screw him he is a criminal. 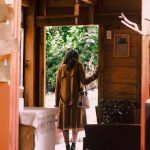 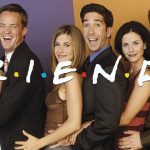