Update: We are saddened to report the death of Rayan just minutes after his rescue. May his soul finally be freed and rest in the heavens.

Rayan, the Moroccan child who fell and got stuck in a well, is finally freed after days of rescue attempts.

Rescue teams have finally recused five-year-old Moroccan boy Rayan, who has been trapped more than 100ft underground for four days.

In the live stream, we were able to see Rayan taken by an ambulance, but as of now, no news of his health has been released yet.

Rayan is a 5 years old child who got stuck in a well near his village in the city of Chefchaouen, on Tuesday afternoon. The village of approximately 500 humans is dotted with deep wells, many used for irrigating the hashish crop. However, most of the wells have protecting covers.

The Rescue workers on Thursday the 3rd day lowered an oxygen tube and water to the boy and also sent down a camera to monitor him. Local media reported that Rayan had taken food and water that was dropped down to him.

Nevertheless, on Friday, rescuers brought bulldozers to dig a parallel shaft to be able to make a tunnel to reach the child, but they feared that either part of the well or the parallel shaft would collapse before they could get there.

Moreover, a medical helicopter of the Royal Gendarmerie and medical staff were waiting for him. 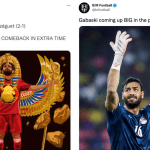 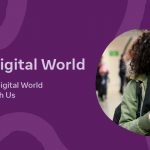