“What fascinated us about Barbaren is the new perspective on the historical events of the Varus Battle. We know the Roman perspective because it has been handed down from the writings of the Romans, but not the Germanic side. The showrunners have worked closely with historians to make the series as authentic as possible – the Romans, for example, speak Latin throughout. At the same time there is a great story with strong characters. We are also excited about our three great leads – Jeanne Goursaud, David Schütter and Laurence Rupp – who audiences will fall in love with. In Barbara Eder we were also able to find a great director who skilfully staged the first four episodes and defined the tonality and visuality of the series. The series is one of our most ambitious productions this year that will entertain all audiences.”

In 9 CE, several Germanic tribes unite to challenge the hitherto invincible Roman legions in a legendary battle, an unprecedented defeat that will change the course of history in Europe: The famous Battle of the Teutoburg Forest. Amidst the bloody battle, three childhood friends find themselves connected by a tragic fate and the future of the tribes is relying on them to outsmart the Roman legions. Their journey is marked by loyalty and betrayal, love and hate and ultimately risking to lose their bond forever.

Barbarians is the first German Netflix Original produced by Gaumont with Sabine de Mardt, Andreas Bareiss and Rainer Marquass at the helm.

showrunners and writers: Jan-Martin Scharf and Arne Nolting, and Andreas Heckmann as writer. 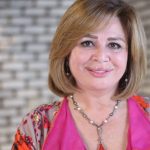 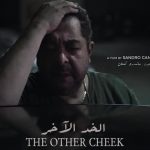