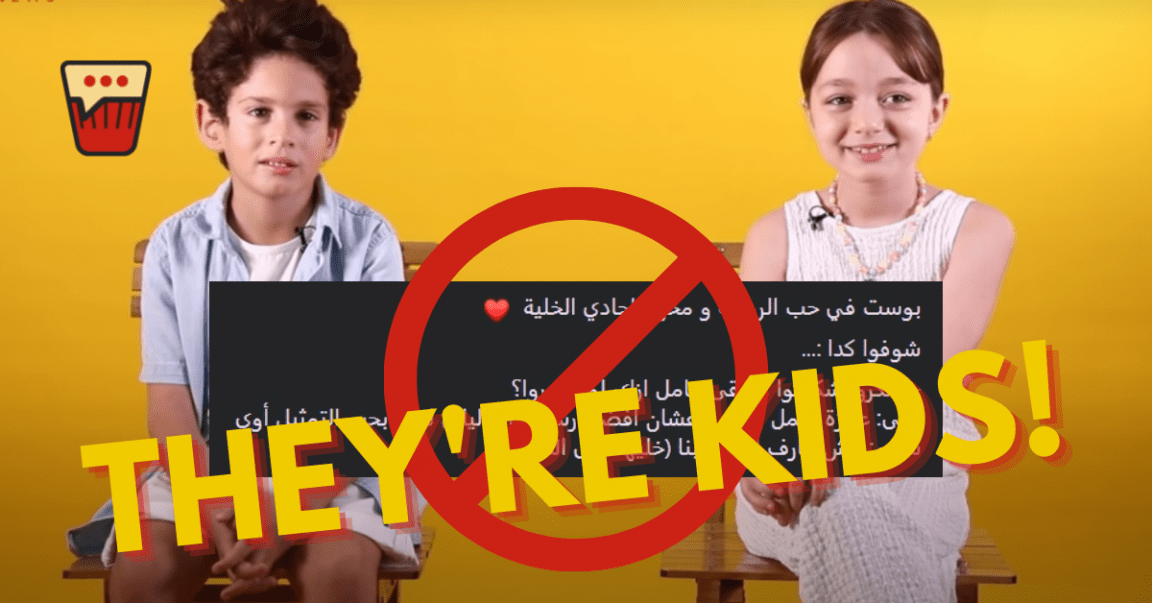 The guys at Gossips interviewed the little stars of the “Leh Laa 2” series, Mona Ahmed Zaher and Selim Mostafa, in which they made an amazing job.

Gossips did us all a great favor by bringing those two cuties together. Cuteness overload, seriously. You can’t hate kids after watching this one.

Unfortunately, we live in a society where “grown-ups” can’t help but exercise their hypocritical thoughts and double standards. This time, they did that on kids by bullying them, and dare we say by showing pedophilic tendencies.

Memes and posts have flooded social media platforms featuring snippets from the interview revolving around “the difference between men and women” regarding dreams, hobbies, etc. It’s basically about how men have simple taste and women tend to overdo it.

At first, the memes started innocently and were cute and actually funny. But then people started taking them too seriously…

They twisted those memes as a way to represent “fundemental” differences between men and women.

While these memes are based on the answers of 8-year-olds and can in no way, shape, or form be taken by ADULTS as a solid reference to the personalities of men and women, everyone seemed to take them way too personally.

Okay, I’ll bite—no need to make a big deal out of it, and lets all laugh.

What everyone seemed to forget about, because it is SUPER easy to forget about these things now, is that shaming, double standards, and pedophilia are alive and well, sadly.

Let’s review them one by one, shall we?

It’s no surprise that shaming is one of the things we do “shamelessly.” You’d think kids are where we draw the line. Lol.

Both kids received all kinds of criticism and shaming from different people in several ways.

Mona was shamed for acting ladylike in her answers and her body language. Several comments were made about how annoying, superficial, rude, or fake she was. Her parents were also shamed and criticized for the “way” they raised her.

On the other hand, Selim was shamed for being…well, a child. People criticized his simplicity and spontaneity and thought he was silly.

Here is the right, and ONLY, way you should look at this:

Mona comes from a house of actors and sisters whom she looks up to. Children at that age are known to imitate. It’s basic psychology.

Even without having famous sisters, how many young girls went into their mom’s closets and stole her heels and acted like grown-ups?

That being said, she tried to act how she believes they would act. Is she acting like an 8-year-old? No, but it’s not because there’s anything wrong with her. It’s because she’s a kid who doesn’t know better!

As for the comments regarding Selim, if you are a grown-up who expects a 7-year-old not to act like THAT, you have a lesser IQ than him.

Again, you’d think those won’t be applied to children. Lol.

People judged these kids relentlessly and dared to compare them to each other.

They compared the two lifestyles of those kids and how they were raised, saying Mona should have been raised to act more like a “child.”

That Selim portrayed the innocence of childhood, while Mona didn’t. Some condemned how Selim was bullied yet bullied Mona AND her family.

This individual has some serious issues to work on in therapy.

Allow me to fix something here.

There are no “standards” kids should follow to be “kids .” All kids are different, and their innocence is portrayed differently.

You CANNOT expect a child to act in a certain way or live up to a standard you are used to to be considered a child.

Kids are kids regardless of your moral conflict that, quite frankly, no one could care less about.

If you head to the comments on the memes and videos shared for them, you’ll find said comments, but we chose not to publish them here.

Let me make one point clear; you don’t have to be a literal pedophile to share the same prime thought as one.

These comments and the way an 8-year-old girl is being addressed prove that the basic concept of talking about children is not only lost but nonexistent.

I believe that we owe more to the children of our society, and we have a lot of messed-up ideas we need to make up for.

This proves we still have a long and hard road ahead.

This article is NOT justifying or explaining to people with a certain mindset the manner of those kids.

It’s actually quite nerve-wracking writing an article like this. We shouldn’t be explaining a concept as simple as this, but sadly we do.

If your “opinion” portrays any kind of judgment, shame, or criticism, it’s absolute bullshit.

These kids owe zero justifications to anyone.

Honestly, the only sentence that sums up this entire trend is this one: They are kids. 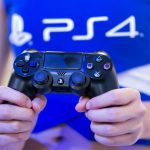 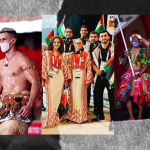