Middle East hip hop icons The Synaptik and Felukah are teaming up once again for their new single ‘Allya’Teek.’

Following on from their debut collaboration ‘Nefsi,’ their new single pairs up Cairo via New York rapper Felukah and Palestinian/Jordanian artist The Synaptik on ‘Allya’Teek.’ Together, they’ve created an emotive hip hop track that has style and substance.

And importantly, the collaboration once again gets to the heart of some vital issues in the Arab world.

“This project is about polarities, identity and just about being raw, Arab and not ashamed of being yourself. It talks about how we can’t be ourselves in a world that is constantly trying to categorize and classify us,”

the artists said in a joint statement.

And ‘Allya’Teek’ builds on the debut single ‘Nefsi’ released earlier in the summer with clever wordplay slips into English and Arabic at the drop of a hi-hat. With a strong hip hop core and moody chords, it’s a classic hip hop joint with clear nods to the past and future.

‘Allya’Teek’ also comes with a stunning video shot on location in Cairo. As the song speaks of loneliness, the video portrays how The Synaptik deals with it as he flies from city to city and performs in front of thousands of people while being lonely in-between.

The video cleverly blends actual concert footage from The Synaptik alongside guest appearances from Felukah. The video highlights the similarities between human relationships and how little separates us.

The 27-year-old Palestinian Jordanian artist based in Palestine started making music at the age of 17. His stage name is derived from his fascination with the nervous system, neurotransmitters, and his personal experience with ADHD, which led to calling himself The Synaptik because that’s where things happen. The Synaptik teamed up with Chyno with ’Why?’ on their joint EP TERMINAL. Following this project, The Synaptik released his first album Om Al Mawjat in 2018.

The Synaptik has pioneered a new wave of sound for the Arab youth. His honest and potent lyrics are highlighted by his song-writing style that merges singing and rapping effortlessly. With a tsunami first album under his belt, dozens of local, regional, and international shows, and a much anticipated second album, The Synaptik has cemented his status as one of the pillars of Hip Hop in the region.

The Synaptik has collaborated with numerous artists all around the Middle East, including Rap superstars Abyusif Wegz, Molotof Marwan Mousa, Tamer Nafar, Maysa Daw, Mo’ayad Nufaei Al Nather, Shabjdeed, and more Based in Amman and Ramallah. As a result, Synaptik has garnered over 40 million streams and views across different streaming platforms.

Combining her Cairo heritage and the New York City that adopted her, Felukah is a rapper and poet whose work glides between English and Arabic. From classic Arabic musical icons, US hip-hop legends, and contemporary prose writers, she pays homage to her past and present, exploring womanhood, diaspora cultures, and self-expression and was dubbed by Scene Noise as ‘the neo-soul artist bringing the Nile to New York.’ 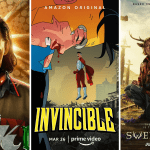 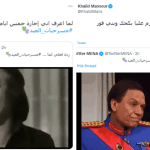