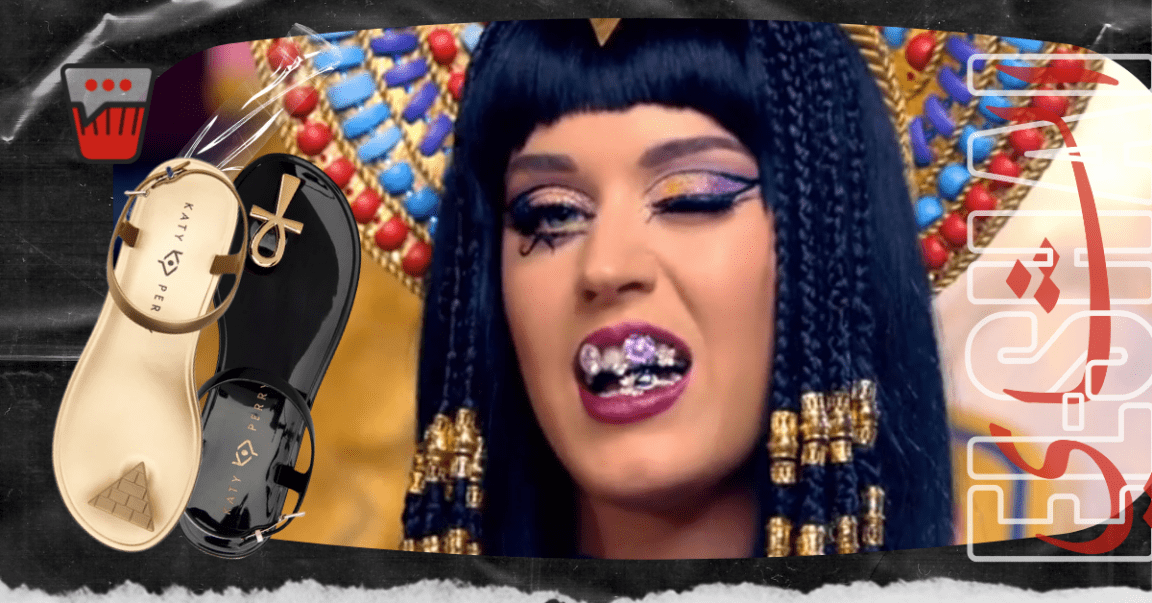 The ancient Egyptian Pharaonic heritage is one of its kind and has always been a source of inspiration for many artists and people worldwide. Humanity always stands against any Culture Appropriation as it is a Human Right to be respected, and the World Media stood beside and defended many cultures against racism.

But is it the same situation when it comes to the Pharaonic heritage? Does international media have double standards?

We’re asking because Western media have slaughtered Katy Perry for appropriating several cultures because, apparently, she’s a pro at it. But she’s been appropriating Egyptian culture for almost a decade, profiting off it, and no one is saying anything.

But first, let us tell you a bit about Katy Perry.

Katheryn Elizabeth Hudson, known professionally as Katy Perry, is an American singer, songwriter, and television judge. After singing in church during her childhood, she pursued a career in gospel music as a teenager.

Katy Perry’s relationship with Egyptian culture, and her appropriation vs appriciation

In 2014 was the beginning of the appropriation with her Dark Horse music video.

The video is full of appropriation of our Egyptian culture. For example, it had the theme of “playing with magic” performed in the video via the apparent members of an Egyptian queen’s court.

The problem here lies because Perry thinks it’s acceptable to use another country’s or ethnic group’s culture as a costume or as a prop. This is appropriation.

However, in 2019, she visited Egypt on her 35th birthday with her fiance Orlando Bloom in the Breathtaking Giza Pyramids. This is appreciation. She came all the way here to see and learn about our culture.

You think this was her way to fix her screwup, but Katy Perry had other plans. This trip was nothing but shopping for “inspiration” to make products “inspired” by our culture and profit from us.

What did Katy Perry do? She put the Pyramids and the ankh on Sandals! The jelly ones to make things worse…

She does not care about how is this product may insult the ancient Egyptian culture. She did not even bother to educate people on the culture. Give credits even.

She showed no respect to the symbols she’s using.

For those who don’t know the meaning of the symbols, the ankh or key of life is an ancient Egyptian hieroglyphic symbol that was most commonly used in writing and Egyptian art to represent the word “life.“

We understand that many might not see why this is a major issue, but let us explain.

As an artist who is a role model for many youngsters like Katy Perry, their actions are important. Maybe in Egypt, we don’t face discrimination for our culture, but as an American, Katy Perry should know how important cultural respect means for American Egyptians.

When the pharaohs are used as fashion symbols with no heritage behind them, they become a costume, not a culture.

Because believe it or not, till this day, many of Egyptian heritage still get asked if they live in pyramids, if they own camels, and if they “walk like an Egyptian.”

It is important that we, as Egyptians, defend our heritage and culture.

More importantly, we need to do that because the western media does not take our heritage as seriously as others. We won’t go far with showing examples. We’ll still go back to Katy Perry!

Is that Perry’s first Culture Appropriation?

1- In the America Music Awards 2013, the Asian community described Katy Perry as racist.

Her costume is not a traditional kimono. A kimono does not show cleavage. However, Perry’s costume showed off her bust in an “exotic” costume.

Second, a traditional kimono does not have slits down the sides of the dress. Perry’s costume had those slits to show off her legs. The slits on the side of the dress are more linked to the Chinese dress, cheongsam.

For the sake of a cool costume, Perry disrespectfully melded two traditional dresses together and tried to pass them off as Japanese. Her costume was just as confusing as her performance.

When the scene of Perry answers a video call from her friend, who is named on the phone as “Jessica thot.” We see both the girl in the call and Perry wearing their hair styled in cornrow braids.

This hairstyle has caused a lot of arguments and discussions. People, particularly from the African culture, feel that this specific hairstyle adopted from many in the American culture doesn’t understand the accurate history and meaning behind cornrow braids.

Instead, it is being used to create a persona, usually with characteristics that are negatively associated with it, like “thot,” which means “women considered being sexually provocative or promiscuous” and therefore end up stereotyping their culture.

3- Again Perry against the African Women

Because it’s not enough to hire black women who can dance, Perry had a pack of very curvy black women dressed as mummies parading around her during The Prismatic World Tour in London.

These backup dancers were all outfitted with exaggerated red lip paint, likely done for artistic purposes and brought to mind black people’s perceptions as having relatively bigger, fuller lips than Caucasians and other ethnic groups.

4- Native Americans are all about costumes, according to Perry

During a 2010 trip to the Coachella Music Festival, Perry wore her interpretation of what a Native American woman dresses like. She even posed for cameras, allegedly playing into the “hand to mouth” communication technique often seen as a trope in Country Western-style flicks.

Now, how did people react to the previous appropriations of Miss Perry verses us?

Many well-established magazines from all over the world discussed the issue. They made many interviews and calls with her, and she apologizes after recognizing what she did. It has always been an issue of respecting others’ cultures and backgrounds, only if the case is related to their people and nations.

But when it comes to ancient Egyptian culture, the world becomes silent. EVEN WE STAY SILENT!

The world is not fair at all.

For Katy Perry: Cultural appropriation is not flattery or appreciation. It’s offensive and disrespectful to your fans.

Being a racist in nature is not our problem, it’s yours. Yeah, this time is in your Sandal, and previously in your Dark Horse video, you showed racism to the Egyptian Culture and Surprisingly, it’s not yet mentioned in the famous Global magazines, maybe for some unlogical reasons they might tell later. But that doesn’t mean at all that the Egyptian Great Pharaonic heritage is a material to make fun of or insult by any sort of means.

And now it’s your turn, Reader! You are playing a key role in the act. Defend your History and don’t follow or support such racists hiding behind what they call Art and Liberty. They’re making art for you, and they must Respect your culture unless it’s not even called Art. 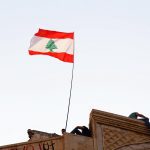 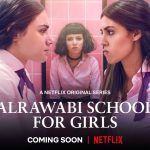