Google in collaboration with the Oxford Internet Institute launched today ‘The A to Z of AI’ in Arabic, with an objective to make information on Artificial Intelligence more universally accessible.

It’s a series of simple, bite-sized explainers to help everyone understand what AI is, how it works and how it’s changing the world.

Search interest for ‘artificial intelligence’ related queries on Google Search has grown due to the growing number of jobs requiring AI skills across the Middle East and North Africa in the last few months.

While there’s plenty of information out there on AI, it’s not always easy to distinguish fact from fiction nor find simple explanations.

Here are a few things everyone can learn about Artificial Intelligence through the new interactive guide:

1. AI is powering practical tools that exist all around us

You’ve probably interacted with AI without even realizing it. Artificial intelligence is the name given to any computer system taught to mimic intelligent human behaviors. These technologies show up in everyday life, whether by helping organize photos on our smartphones or planning a commute to work. They use computer programming to do tasks that have historically required considerable human intellect and work, helping make our lives more efficient. We’ve all seen major progress over the past decade, sparked by faster computers and the introduction of techniques such as machine learning.

2. AI learns from examples in the real world

Just as a child learns through many life examples, the same is true of machine learning algorithms. Datasets are large collections of “examples”, like weather data, photos or music, that we can use to train or “teach” AI. Due to their scale and complexity (think of a dataset made up of extensive maps covering the whole of the known solar system), datasets can be very challenging to build and refine. This is why AI design teams often share datasets for the benefit of the wider scientific community, making it easier to collaborate and build on each other’s research.

3. Incomplete data can lead to bias in AI

AI could form a bias when the data it’s learning from isn’t fully comprehensive and therefore starts leading it toward certain outcomes. Because data is an AI system’s only means of learning, it could end up reproducing imbalances or biases found within the original information. For example, if you were teaching AI to recognise shoes and only showed it imagery of trainers, it wouldn’t learn to recognise high heels, sandals or boots as shoes. To ensure that AI systems are ethical and reduce the risk of bias, programmers design their systems and curate their data vigilantly.

4. AI can help our efforts to spot deepfakes

“Deepfakes” are AI-generated images, speech, music or videos that look real. They work by studying existing real-world imagery or audio, mapping them in detail, then manipulating them to create works of fiction that are disconcertingly true to life. However, there are often some telltale signs that distinguish them from reality; in a deepfake video, voices might sound a bit robotic, or characters may blink less or repeat their hand gestures. AI can help us spot these inconsistencies.

5. It’s impossible to teach AI what it means to be human

As smart as AI is (and will be), it won’t be able to understand everything that humans can. In fact, you could give an AI system all the data in the world and it still wouldn’t reflect, or understand, every human being on the planet. That’s because we’re complex, multidimensional characters that sit outside the data that machines use to make sense of things. AI systems are trained and guided by humans. And it’s up to each person to choose how they interact with AI systems and what information they feel comfortable sharing. You decide how much AI gets to learn about you.

‘The A-Z of AI’ guide is also available in English and in many different languages. 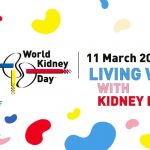 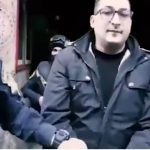