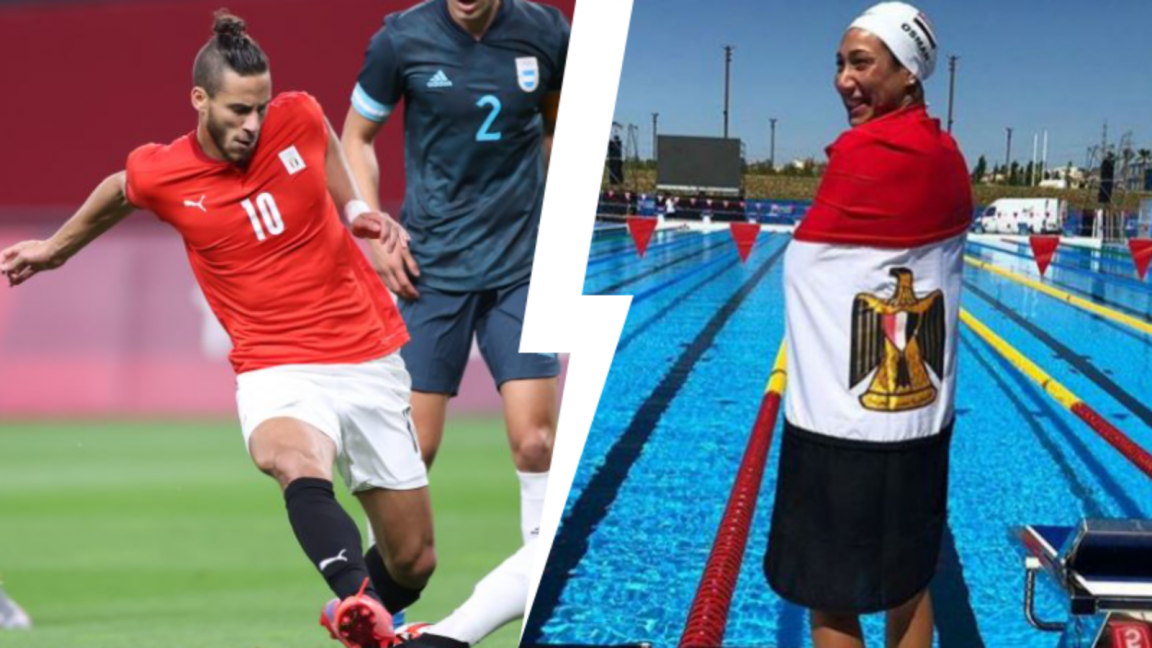 On Tokyo day 2, more than 12 Egyptian Olympians were eliminated from the competition. And people are being ashamed of them and just making memes. Is it right to make fun of anything? and what should we do?

Egypt participates in the Tokyo Olympics with a mission that is the largest in the history of Egyptian Olympic participation, as the number of players has reached 146, with 134 main, divided into 86 male and 48 female players, in addition to 12 reserves, according to the instructions of the International Olympic Committee.

Egyptians ignore that Sports is a win-or-lose game and ignoring the effort our athletes exerted and the challenges they faced in the preparations before the Olympics make fun of the Egyptian Olympians.

It all started when many Egyptian Olympians lost their games, and some others were eliminated. Once people on social media knew this sad news, they immediately began making memes to make fun of their athletes.

The Egyptian swimmer fails to reach the semis after finishing 8th out of eight swimmers in Heat 4 in the women’s 100m butterfly event with a time of 58.69 seconds, missing out on a place among the top 16 swimmers in all heats.

Her main race is 50m butterfly, which is not in the Olympics yet.

The 18-year-old Egyptian Fencer, after winning the game against the Chinese player Mingao he lost the Quarterfinals game against the ranked third in the world Ukrainian Igor Rezulin. Nevertheless, Mohamed performed a heroic performance in the competition.

Tennis player Mayar Sherif is eliminated on her Olympic debut after losing 5-7, 6-7 to Rebecca Peterson of Sweden in the Women’s singles first round.

Mayar played a great game and lost it hardly against one of the best 40 tennis players in the world. And at the end people say “Why didn’t Mayar win the game?”

Hard luck to you all.

Should we be ashamed of them?

Indeed we are sad, but we shouldn’t be ashamed of them. Being a Champion and getting an Olympic medal is not an easy mission at all.

Our Olympians should be Supported by the Egyptian Olympic Committee and the Egyptian Ministry of Youth and Sports, which never happened. Instead, our Olympians were constantly training alone, with private trainers having no contact with neither the Olympic committee nor the Ministry of youth and sports in Egypt.

The issue is not for only these Olympics but also the past ones.

These results are logic

The Egyptian public is eager and wants a “medal faucet”, which is illogical and uncalculated.

Hesham Hatab – The President of the Egyptian Olympic Committee

Okay, Mr/ Sherif and Mr/ Hatab, then these bad results are an estimated thing.

So what is the role of the Egyptian Olympic Committee then? Why spending 250 Million EGP at the moment? We know that this number is not so huge, as it gets only 2 Olympic medals only as you said? So why not increase the budget?

We should be ashamed of our Egyptian Olympic Committee and the Egyptian Ministry of Youth and Sports, not the athletes. Our athletes are trying hard and training without any support from the people in responsibility.

In June 2021, we heard about the Egyptian Diver Youssef Ezzat withdrew from the Olympics and announced his retirement on his Facebook page.

I never thought of ending my career early, but the Egyptian swimming federation was always against me. They actually forced me to end my career. They even didn’t put a clear plan to help me getting ready for the Olympics.

She is an Egyptian weightlifter who won a bronze medal in the women’s 69 kg event at the 2016 Summer Olympics.

In March 2021, Sara complained about staying for a year and a half in her home without anyone asking her or even interested in answering her many repeated calls. Sarah was complaining of neglect and forgetting.

And many other athletes are complaining about the same problems too.

While Egyptians are making fun of the athletes playing individual sports, some people too are asking to take back from each player who lost a game the money which was paid for him in the preparations before the Olympics starts. On the other side, people ignore the Football team who lost their game today against the Argentines.

People support the team and their coach Shawky Gharib ignoring the bad wrong decisions he made during the match and before the competition by not choosing a striker or a winger to help the team in the offense.

What should we do?

To know the limits of our capabilities and accept them, to realize our fears, shortcomings, and what we are not sure of, and to stop evading and fleeing all of that and start facing painful facts, until we are able to find what we are looking for From boldness, perseverance, honesty, responsibility, tolerance, and love of knowledge, not everyone can be distinguished and superior.

When we answer those questions, we have the right to be sad about our Olympians and ashamed of them.

Till this moment, we should support our Extraordinary Olympians and push them forward.

She won her game against the polish Natalia Patryka with a 4-2 score to qualify for the next round!

In the end, greetings to every Egyptian Olympic champion who faced all the obstacles and could qualify and participate in the Olympics because this in itself is a great honor.

From this point, you should make your choice as a reader to support your athletes against all the challenges they are facing or not. 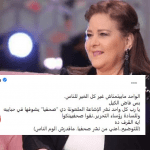 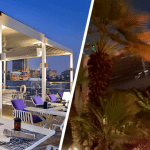