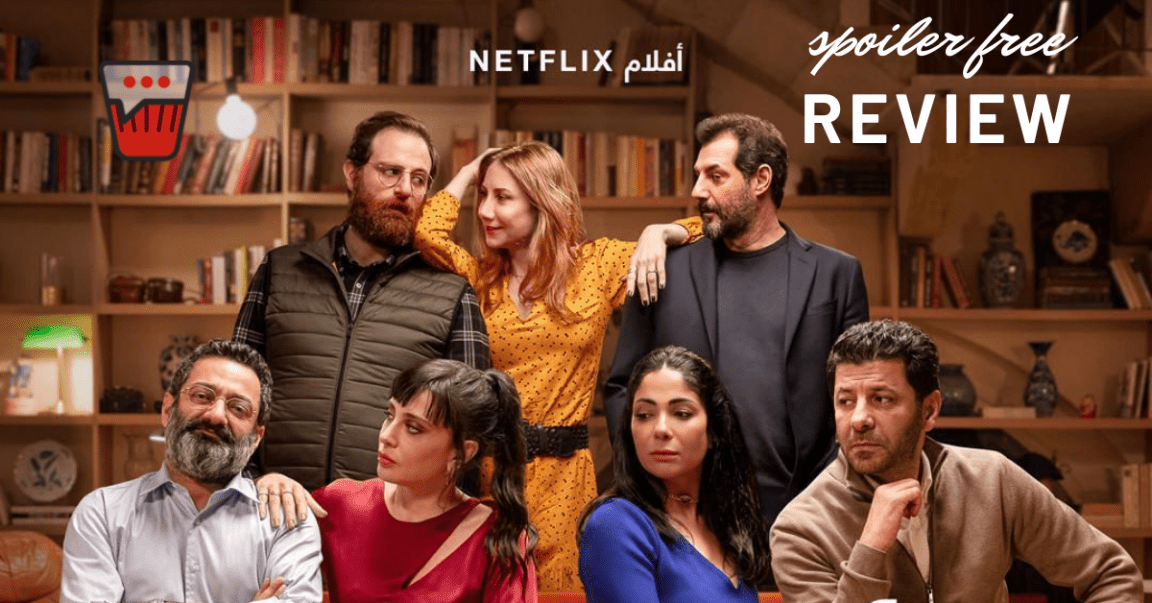 Netflix has released its first Arabic original film, As7ab Wala A3az (Perfect Strangers), a major step that all film enthusiasts have long been waiting for.

It is an adaptation of the classic Italian film Perfect Strangers, and this is what we think about it!

It should be noted that I haven’t seen the Italian version nor any of the other 18 adaptations (yes… there are 18 of them). So this review will focus on the film in and of itself rather than a contrast to its original.

Before getting into the review, it’s important to note that As7ab Wala A3az was never marketed as a family movie, nor will it be “accidentally” viewed by kids, since it’s exclusively screened on Netflix, which allows parental supervision over their content.

It’s also important to note that the film doesn’t take place in Egypt, nor are the actions of the characters portrayed as “normal.” We must understand that films and art are meant to show us some extremes. If we’re watching a film with people like us, what’s the point?

The controversy surrounding the film is illogical to a large extent, and it should not affect your thoughts on the film.

With that out of the way, let’s get into it!

Contents hide
1 The cast and characters:
2 The directing:
3 The flow of the movie:
4 SPOILERS AHEAD ABOUT THE ENDING:
5 The “controversy”:
6 Final thoughts on As7ab Wala A3az:

The film is about seven friends who got together for dinner. While at it, they decided to play a game where if any of them received a message or a call during dinner, they would openly share it with the group.

It is directed by first-timer Wissam Smayra, who also co-wrote it with Gabriel Yammine; it also has a star-studded cast that includes the lovely Mona Zaki and Cannes Jury Prize winner Nadine Labaki, alongside other stars from the Arab Region, but we’ll go into cast details later.

Without spoiling, the film is quite daring, and ventures into uncharted territories regarding its portrayal of certain taboos, territories Arab filmmakers would usually avoid entirely. This is arguably the most glaring aspect of the film and, in my opinion, its biggest advantage.

The cast and characters:

Aside from the social impact, it could have, cinematically, the film’s strongest feat is the acting. It was truly great and one of the best performances in Arab cinema in the past period; especially Nadine Labaki, Fouad Yamin, and George Khabbaz, who delivered superb performances.

Mona Zaki and Eyad Nassar had a great dynamic as a troubled couple. Diamand Abo Aboud and Adel Karam were good as well. The casting was on point, and all actors fit nicely into their roles. This made the acting quite natural at most times, aside from a few instances of over-acting here and there.

There is little to dislike about the acting itself, but I would have liked the characters to have more depth and layers.

This would have made it harder to pass judgment on the characters, which for me is a feat of all great films. Also, a few scenes were a little off, and it was too talky and grew pointless, but I could blame this on the writers, but we’ll go there later on; but overall, great acting.

The attention to small details is something to applaud the director for, alongside the actors, made the film quite pleasing to watch. Things like subtle facial expressions and micro-body movements are not always noticeable but go a long way in a better viewing experience.

The director did a great job at the hard part of the “show don’t tell,” a cinematic concept. This helped pertain to the idea without telling it straight to their face.

Ironically, the “telling” part, which the film tried to say straightforward, was not delivered quite as strongly.

However, the pacing is quite nice. The director managed to shift the tone quite intelligently, piercing through the drama with some humor at times and not having it feel weird, which is not always easily achieved.

Visually, the film was nice, nothing too fancy as to cinematography, and I don’t think any fanciness was required. The colors are interesting, the editing is smooth, the score is amazing, and I can’t ask for any more than that for this story. It is easy to follow, accessible and entertaining, for the most part.

The flow of the movie:

The film took a bit too long to establish itself for the other part. The first 20 minutes felt like I was watching home videos of people I don’t know without getting any substance.

I understand and appreciate the art of slow cooking and slowly setting up the story, but I just think the film could have used that time more wisely.

This brings me to the writing part, and before I proceed, I would advise you to skip the next part if you didn’t watch the film yet, head straight to the conclusion, go and watch the movie, and then come back, read it and tell us what you think.

I will not be spoiling any events, but I would like you to watch the film without me telling you too much about what to think of it to not influence your perception and understanding of it.

As I mentioned, it is generally entertaining. Still, as a plot, I felt the film takes the easy way out, meaning the story unfolds in a strictly linear fashion, looping a sequence of a trigger, an action, and an effect over and over.

To expound, the loop usually went something like this:

To be fair, this loop serves the story and allows for a rising tension that builds up logically all the way to the climax, with the exposes rising in magnitude and effect each time; this makes the plot predictable.

But again, this is a feat of all mainstream films, an adaptation of one.

I want to reiterate that I didn’t watch the original Italian version. My writing concerns probably stem from it initially. However, the filmmakers still must improve upon what is already there. Since they chose to make an adaptation, which is something, according to people who have watched both, has not been done at all. The film was mostly copied as it is.

However, this changed as the film headed towards its end, character arcs began to move in parallel, heading towards different trajectories. A nice interweaving of events and actions happened, which was enjoyable to watch and gave the depth lacking in the second act that I hoped for.

For me, the ending, however, was not as satisfactory as the build-up to it was. I felt it just came out of nowhere and was not justified or sensible.

SPOILERS AHEAD ABOUT THE ENDING:

After all this drama, it turned out that they did not agree to play the game in the first place. So all the exposés and drama were a figment of the imagination of some sort.

I am not sure what happened, but it suddenly turned out to be this way, and it was not clear whether this was someone’s imagination or an alternate timeline and a parallel universe.

It could be that I have missed something that explains since I only watched the film one time. Still, it can’t be unnoticeable, especially since the film is mostly straightforward.

I am not saying films should be straight, on the contrary. But I believe that whatever happens flows out of the story smoothly and in a way that feels organic, but this ending felt a little imposed.

Speaking of imposition and organic stories, this brings me to the last part of this review (Yes, this is where I address the controversy thing).

I have started my review by saying that the film is quite daring, really. This is my main drive for recommending it, along with it being the first Netflix Arabic original film, which will pave the way for a lot of other great movies to be produced.

The film bravely advocates for inclusion, openness, and acceptance in a way that rarely Arabic movies would dare to. So naturally, this will also encourage other Arab filmmakers to follow suit, which will eventually have a great social impact and, of course, a lot of backlashes.

But to any effect, the sparking of such conversations about social issues is always beneficial, in my opinion.

I am delighted at the prospects of this and waiting to see where we will go from there.

However, the gay thing felt forced and imposed upon the film. Its delivery was slightly off, and I thought it did not come out as organically as I had hoped. It felt it was there for it to be there, rather than something of the story that belongs within it.

And to be fair, it could be because it is the first time an Arabic film portrays it in such a manner, which contributed to my feeling it is slightly off. But again, kudos for the bravery.

Despite my reservations about the plot and the slow build-up, I still recommend everyone watch the film. It is always a pleasurable experience to watch good acting. This film has that; it is a first in many things, it’s entertaining, and it has Nadine Labaki.

Plus, there is a lovely dad-daughter conversation in there that is quite pleasing to hear; well, maybe not for everyone, I think. But, Anyhows, it’s Nadine Labaki, so you have to watch it. Also, so you can join in on the controversy, that’s always fun. 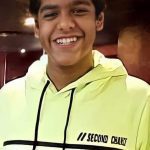 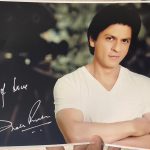