One of the most anticipated films at the 5th Edition of El-Gouna Film Festival was Hadi El Bagoury’s Full Moon.

Lucky for us, we had the chance to have a chat with one of the stars of the movie, May Elghety who didn’t just have a role in the biggest film of the festival, but also in the most important panels of the festival.

May took part in the panel discussing the mental health problems of the actors. The session was moderated by Anas Bukhash, Emirati entrepreneur and presenter of the AB Talks program on his YouTube channel, and May was joined by actors Ahmed Malik and Mohamed Farrag, writer Mariam Naoum, and Dr. Nabil Al-Qat, who specializes in the field of psychiatry, patient management and training of colleagues and students, in addition to being a board member of the Association of Evolutionary Psychiatry, and the American Therapy Association collective psychological. 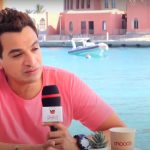 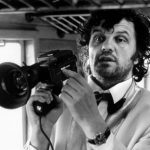