Rumours have been circulating about the Ministery of Tourism and Antiquities allowing the general public to pay for pictures with the Mask of Tutankhamun.

While this is true, people, somehow, mistook the idea of taking pictures with the actual mask.

As in wearing the mask of Tutankhamun…

In a statement by the Ministery of Tourism and Antiquities said:

The display case of King Tutankhamun’s mask has not been opened since its restoration in 2015 and it’s never opened for photography.

Referring to what was circulated on social media about permitting filming the iconic mask of King Tutankhamun outside its display case, Ms. Sabah Abdel Razek, Director General of the Egyptian Museum, indicated that this is a misinformed allegation, stressing that the display case of King Tutankhamun’s mask has not been opened since its restoration was completed in 2015 by an Egyptian international team.

She emphasized that the Ministry of Tourism and Antiquities refuses to photograph the mask outside its display case, despite receiving a large number of requests from professional photographers and international television channels to photograph it in exchange for large sums of money, and that this was rejected in order to preserve this important and unique artifact.

So, no.
You will not be paying a couple of hundred Egyptian pounds to take a picture with the mask that is, for certain, worth more than your life.

And honestly, we’re disappointed if you thought otherwise. 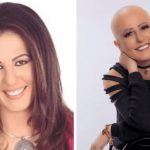 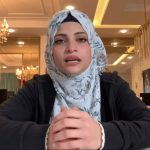