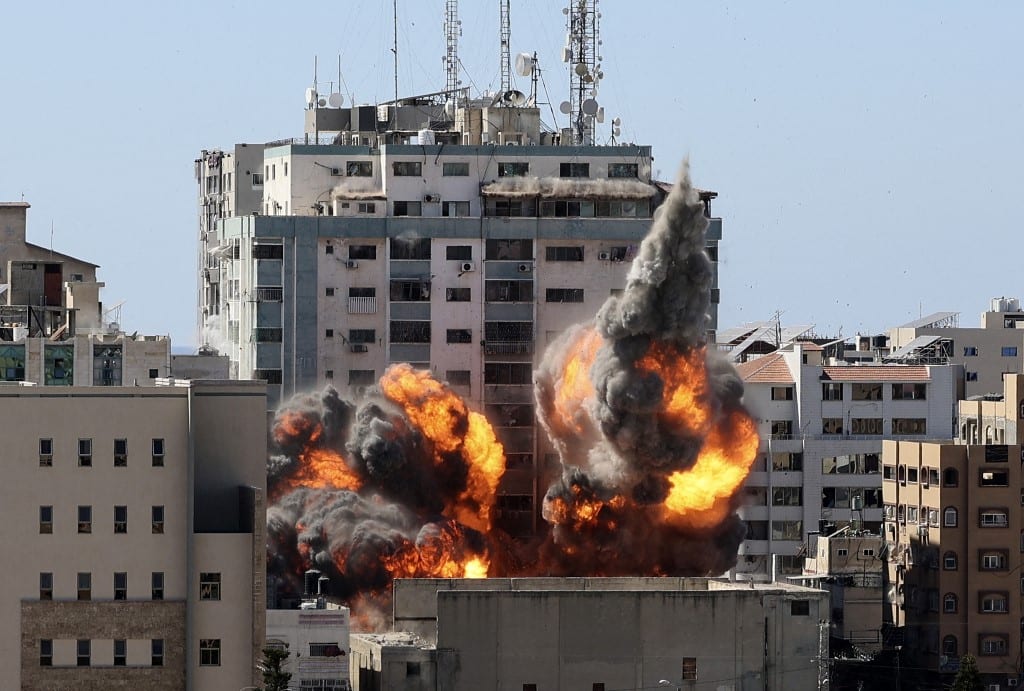 A ball of fire erupts from the Jala Tower as it is destroyed in an Israeli airstrike in Gaza city controlled by the Palestinian Hamas movement, on May 15, 2021. - Israeli air strikes pounded the Gaza Strip, killing 10 members of an extended family and demolishing a key media building, while Palestinian militants launched rockets in return amid violence in the West Bank. Israel's air force targeted the 13-floor Jala Tower housing Qatar-based Al-Jazeera television and the Associated Press news agency. (Photo by Mahmud Hams / AFP)

U.S. press leaders called for Israel to stop attacking buildings that house journalists in Gaza after an Israeli missile destroyed the al-Jalaa building, which housed the Associated Press, al Jazeera, and other news organizations.

Israeli officials said they struck the al-Jalaa building because Hamas used part of it.

But Saturday’s strike was the latest in a series of Israeli military attacks on facilities where journalists have been working to bring the story of the ongoing conflict to the world.

On May 11 and May 12, Israeli warplanes bombed two other buildings that housed more than a dozen international and local media outlets.

“The Israeli airstrike on an office tower in Gaza Saturday is part of a pattern this week of Israeli forces destroying buildings in Gaza that house media organizations. After Israeli forces provided warning of the attacks, journalists and other civilians were able to escape death. But, as AP President and CEO Gary Pruitt put it, AP journalists and freelancers saw their equipment destroyed and ‘narrowly avoided a terrible loss of life.'”

As for the AP President and CEO Gary Pruitt’s statment, he said:

We are shocked and horrified that the Israeli military would target and destroy the building housing AP’s bureau and other news organizations in Gaza. They have long known the location of our bureau and knew journalists were there. We received a warning that the building would be hit.

This strike is an incredibly disturbing development. We narrowly avoided a terrible loss of life. A dozen AP journalists and freelancers were inside the building and thankfully we were able to evacuate them in time.

The world will know less about what is happening in Gaza because of what transpired today.

This trend prompts whether Israeli forces are attacking these facilities to impair independent and accurate coverage of the conflict.

We call upon Israeli authorities to halt strikes on facilities known to house the press.

Reliable media organizations are the best sources of accurate information about events in Gaza, and they must not be prevented from doing their essential job.”

Founded in 1908, the National Press Club is the world’s leading professional organization for journalists. The Club has 3,000 members representing nearly every major news organization and is a leading voice for press freedom in the United States and worldwide.

The National Press Club Journalism Institute, the Club’s non-profit affiliate, promotes an engaged global citizenry through an independent and free press and equips journalists with skills and standards to inform the public in ways that inspire civic engagement. 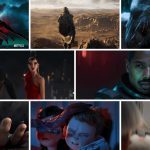 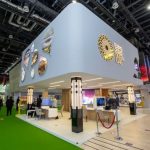